Over 1.6 million people have enrolled within the first year of a new scheme to get workers saving for retirement

In the first year of a new scheme to get workers saving for retirement, over 1.6 million people have already said "We're in".

From October last year, every business in the country had to automatically enrol their workers into a pension. Today (10 October 2013) the Pensions Minister Steve Webb and businessman Theo Paphitis have come together to celebrate the one-year anniversary.

The celebration comes as food retail giant Greggs, who feature along with the former Dragon's Den star in the government's work place pension advertising campaign, have announced that only 6.5% of their staff have opted out.

Employers started to enrol their staff in October 2012 and over the next 5 years up to 11 million people will have a chance to save for their retirement – many for the first time.

"Over the last year we have instigated a quiet revolution that has heralded the biggest change to pensions in a century. Already over 1.6 million people have been automatically enrolled and the early signs are that this is an enormously successful scheme with 9 out of 10 workers choosing to stay in a pension."

Theo Paphitis, owner and chairman of Ryman, Robert Dyas and Boux Avenue, and star of the automatic enrolment campaign, said:

"As most people know, it takes a winning idea to interest me and with workplace pensions it was an easy decision.

"I want the people I work with to be able to plan for their retirement; saving into a pension does exactly what it says on the tin. As an employer I am proud to be able to contribute to their future." 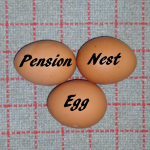 In August, Department for Work and Pensions research of the 50 biggest employers showed just 9% chose to opt out. Today, Greggs announced their staff are savouring chance to save for retirement.

"We are delighted to have auto-enrolled 7,466 members of our workforce with such low opt-out rates, particularly from younger workers who are starting to save for retirement early.

"As an employer to just under 20,000 people, we are proud to be helping people save for life after the world of work and the auto-enrolment scheme is the easiest way for them to do it."

The new advertising campaign reunites Theo with Apprentice stars Karren Brady and Nick Hewer, along with employees from companies including Homebase, Siemens, Greggs and the Co-operative Group.