Just under a third (32%) of people who voted Conservative in 2010 say they would vote for the United Kingdom Independence Party (UKIP) in European Parliament elections were the poll to be held tomorrow, new research from YouGov shows. 13% of voters who backed the Liberal Democrats in the last general election would also back UKIP.

Current voting intentions for next year’s European Parliament election are:

A fifth of men (20%) say they would vote UKIP compared to 14% of women. Over a quarter (29%) of the over-60s say they support UKIP compared to 17% of 40-59 year olds and fewer than one in ten (8%) people under the age of 40. UKIP are polling around 20% in most British regions. However, in Scotland it registers its lowest levels of support, where only 8% of voters back it.

Joe Twyman, YouGov’s director of political and social research, says: “With a third of Conservative supporters in 2010 already saying they will vote for UKIP in 2014, the increased focus Europe and therefore UKIP will receive in the run-up to next year’s European Elections means it is possible that the numbers will get worse for the Conservatives as we get closer to polling day. If this trend continues it is likely UKIP will be picking up the most votes at the European Elections.” 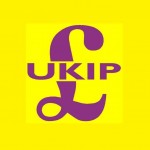 YouGov’s research shows that 95% of the British public cannot name any of the MEPs in their area. Just over one in seven (15%) Liberal Democrats can name one of the people representing them in the European Parliament, compared to 5% of Conservatives and 4% of Labour backers.

The survey found that 92% of Britons cannot name Herman van Rompuy as the President of the European Council. Liberal Democrats were the most likely to be able to name him (15%) followed by Conservatives (12%) and Labour supporters (4%).