A new Â£10 million prize to incentivise the development of the next generation of ultra low emission cars has been announced by the Chief Secretary to the Treasury Danny Alexander during a visit to McLaren.

The prize will encourage commercial and investment opportunities in Britain's car industry through the next generation of technology.

It will be given for the technological improvements which enable ultra-low emissions vehicles to run as long as and as far as conventionally fuelled cars, without needing to stop or burn fossil fuel.

The development of ultra-low emission vehicles are critical to reduce the impact of climate change and preserve the environment for future generations.

The prize will only be targeted at technology for everyday cars that are comparable in price to conventionally fuelled cars, in order to ensure the next generation of low-emission cars are affordable for all.

The technology required to power these vehicles is a major contributor to the cost of these vehicles, improved energy storage will also help reduce costs.

The competition will start by the end of the year and will be open to all including businesses, universities and engineering experts.

A panel of expert judges will assess the applications against a set of criteria to determine when the prize has been won.

The Office for Low Emission Vehicles will work with the Technology Strategy Board on designing the prize, along with other partners from industry and the academic world.

The new prize comes on top of investment the government is already making in ultra-low emissions vehicles.

Â£400 million has already been committed in this parliament to help increase take-up of ulta-low emission vehicles, through subsidised unit prices. Â£500m of investment in the next parliament will allow the government to continue to support the industry and consumers to switch to the latest low-carbon technology.

The Chief Secretary to the Treasury, Danny Alexander said: 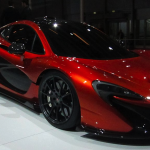 "The McLaren P1 is a great British technological success story. But we want more companies to invest in this cutting-edge research so that Britain is the global leader in ultra low emission vehicles, and that is why we have announced a Â£10 million prize for innovations which will enable the next generation of low emissions vehicles to run as long as and as far as conventionally fuelled cars."

The government earlier this month also announced a new Advanced Propulsion Centre (APC), which will support the development of new supply chains for low carbon vehicles. It and will be jointly funded by the government and industry to the tune of Â£1billion over 10 years.

Low-emissions cars are also an expanding market and the 15,100 electric vehicles in the UK are expected to grow as technologies develop.

Climate change continues to be missed from UK business agenda, despite ongoing obligations