100 Years After the Russian Revolution, the World's Most Valuable Easter Egg is Revealed on Film from 10th April

Mark Stewart Productions is delighted to announce that its award-winning documentary film Fabergé: A Life of its Own will be released on iTunes, On Demand, DVD and Blu-ray from 10 April. The film includes stunning new images of the world’s most valuable Easter egg: Fabergé’s “Winter Egg” of 1913.

One hundred years after the original House of Fabergé was forcibly closed by Bolshevik revolutionaries in St Petersburg, Fabergé: A Life of its Own charts the rich history behind the iconic company, from the unstoppable rise of ‘artist jeweller’ Peter Carl Fabergé in 19th century Imperial Russia to the enduring legacy of Fabergé today. 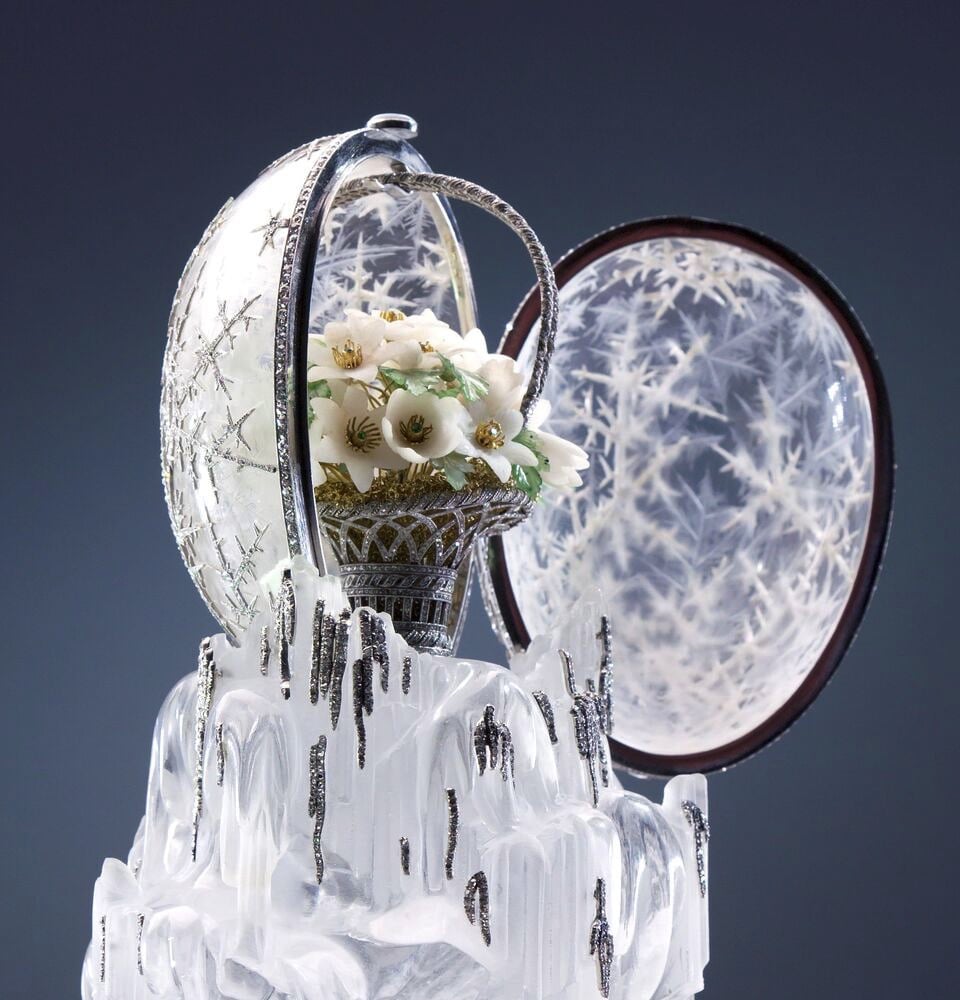 Shot in multiple locations across Europe, USA and Russia, the film features Fabergé pieces by gracious courtesy of Her Majesty the Queen in London, His Serene Highness Prince Albert in Monaco, and many more of the world’s great collectors. The film also includes interviews with Tatiana and Sarah Fabergé, and a distinguished group of international museum curators, independent art experts and historians.

Culminating in the exclusive unveiling of what is generally perceived to be the single most spectacular and valuable Fabergé object ever produced – the Winter Egg of 1913 – the documentary also presents hundreds of other exquisite Fabergé pieces in intricate detail, with many revealed for the very first time.

Faberge: A Life of its Own: Trailer (1:18) from Mark Stewart Productions on Vimeo.

Writer/Director Patrick Mark said: “Making this film has been a wonderful experience. Holding a Fabergé egg in your hands is at first nerve-wracking, because you’re determined not to drop it; but also emotional, because these were such personal gifts, each one marking a particular moment in the lives of the ultimately tragic Romanovs. While one Fabergé egg was designed to cheer up the Tsarina, homesick for her native Denmark, another marks the birth of a long-prayed for son, the haemophiliac Tsarevich Alexei. These emotional echoes, added to the incredible workmanship, make Fabergé’s eggs endlessly fascinating. Every piece is immaculately finished, sparkling with diamonds, gold and platinum or gently glowing with the firm’s signature guilloché enamels.”

Producer Alice Ilich said: “In making the film, our greatest stroke of good fortune was in accessing Fabergé’s Winter Egg of 1913. Many Fabergé authorities consider this to be the Holy Grail, the single most remarkable object ever created by the company. Made of frosted rock crystal, platinum and rose diamonds, the egg perfectly encapsulates the end of the unforgiving Russian winter and the arrival of Easter. This magical egg was designed at Fabergé by a young woman called Alma Pihl, only 23 at the time. It’s hard to put a value on this unique object – but an unofficial estimate would be in the region of $60m USD.”

Executive Producer Mark Stewart said: “It's a great privilege to work with Patrick Mark once again. We have been working together for 24-years now and we’ve been on many great journeys with our films. The Faberge production has been a fascinating experience and has taken our small company into a new and exciting area. I hope people enjoy watching it as much as we loved producing it.”

FABERGÉ: A LIFE OF ITS OWN will be released on iTunes, On Demand, DVD and Blu-ray
from 10 April