Today, just as Britain has voted in the newly elected Labour leader Jeremy Corbyn who said "Let's deal with the refugee crisis with humanity, support, help, compassion [and] to try and help people trying to get to a place of safety," Secret Cinema is leading a global screening protest from Calais to raise awareness and funds for refugees worldwide. 20 countries from Palestine, UK, US, France, Japan, Taiwan, Kenya, Tunisia, Germany, Italy, Finland and Belgium will tonight at 8pm BST host a worldwide Secret Cultural Protest, #LoveRefugees, in solidarity with refugees. http://secretprotest.org/

In Calais, 1000 refugees from the 'jungle' refugee camp are expected to attend Secret Cinema's cultural protest where the 1956 French film The Red Balloon by Albert Lamorisse will be screened and 200 red balloons will be set free over the camp to symbolise the growing global support for refugees who are fleeing to safety. British music artist Afrikan Boy will perform at 7pm before the Oscar-winning classic 1956 French film Le Ballon Rouge directed by Albert Lamorisse will be screened inside the camp followed by Bollywood film Dilwale Dulhania Le Jayenge (1995). 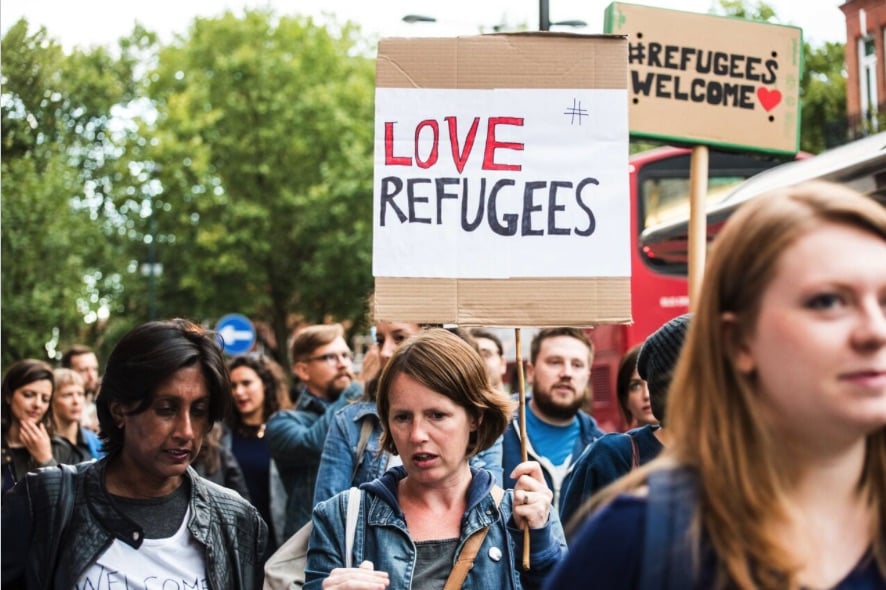 The situation in the 'Jungle' camp is critical. It needs our support. There are 3,500 people in the camp; 200 Women and children in a nearby annexe. Alarmingly, there are over 100 women in the mens' camp who cannot find a place in this second one. A simple act would be to grant the women and children asylum immediately.

The London event is sold out with 700 supporters attending and all profits donated to the Refugee Council (UK Registered Charity no. 10145760). The London event will have live streaming from Calais to London and Maurice Wren, Chief Executive of the Refugee Council will speak at the event with Music artist Blick Bassy performing and hosting. Worldwide, the screenings are held in support of a local charity.

This screening will be the first of many and marks the launch of a new initiative to install mobile cinemas across refugee camps in Europe, establishing a cultural dialogue and stimulus. Interested parties, artists and organisations can join the protest and/or host a screening in their city, wherever they are. To register interest and for further information, please email secretprotest@secretcinema.org.

How to Use The New Shared Parental Leave System

BMJ Investigation: The battle for NHS 111: who should run it now?