The Green Party has been polling at some of their highest numbers ahead of a General Election since 1989, a breakthrough year.

The Greens have been closing the small polling gap on the Lib Dems (9%) in recent months.

The Greens outperformed the Coalition partners in the May 22 European Elections both in terms of MEPs returned and percentage of the total vote [2].

“As pollsters and commentators are increasingly recognising [3], next year's election will be a genuine five-party race.

"As the three business-as-usual parties demonstrate they cannot move on from the failed policies of the past 30 years it is not surprising that support for the Green Party is swelling. 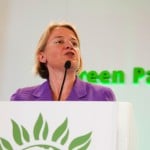 "We're offering the idea of real change with a society that works very differently, whereas I don't think we're going to see transformative change from the Lib Dems. We offer a transformation of our economy so that it works for the common good, not for the good of the few.

"The Green Party's support for decent wages and benefits for all who need them, demand that multinational companies and the rich pay their way, and understanding of the need to live within ecological limits offer the positive way forward."

The latest polling follows hot on the heels of the news that membership of the Green Party of England and Wales has passed 20,000 for the first time [4]. Membership is up 45% in 2014 alone.

Green candidates will be standing in at least 75% of constituencies in 2015 – giving 50% more people the opportunity to vote green next year.

The newspaper’s poll of polls is compiled by John Curtice, professor of politics at Strathclyde University.

How Investors Can Limit Risk When Using Leverage