– Panellists include top leaders from business, politics and civil society

On the occasion of the World Economic Forum Annual Meeting 2014, the Open Forum Davos 2014 will open its doors to the general public from 22 to 24 January in Davos, Switzerland.

Upholding its tradition of stimulating dialogue among thought leaders on a range of issues, the Open Forum will offer six sessions covering such diverse topics as refugees, immigration, gender equality, education and capitalism. Each session has been designed to offer a platform for debate and interaction on controversial topics between the public and scholars, business leaders and policy-makers.

Some leading personalities who will participate in the Open Forum are:

– Peter Brabeck-Letmathe, Chairman of the Board, Nestlé, Switzerland

– Didier Burkhalter, President of the Swiss Confederation and Minister of Foreign Affairs 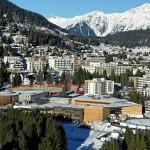 As in previous years, the Open Forum Davos 2014 will be held at the Swiss Alpine Mittelschule, Guggerbachstrasse 3, Davos Platz. Though no registration is required, those wishing to participate in the audience are encouraged to arrive early, as the maximum capacity of the auditorium is 300. For those unable to take part, all sessions will be livestreamed on the Open Forum website at www.openforumdavos.ch.

Some of the sessions will be broadcast by Swiss Television (SF-info), available at YouTube after the event.

Cash ISAs are a £4bn loss to savers