Seventeen-year-olds who are arrested and taken into police custody should be treated as children, the High Court ruled today (Thursday 25 April 2013).

They are currently dealt with as adults, which means they do not automatically receive the support of an appropriate adult to help them through the legal process. In many cases, parents are not told that their son or daughter has been arrested.

The landmark judgment, handed down today, is a major milestone in the Howard League for Penal Reform’s campaign to remove a serious legal anomaly in the Codes to the Police and Crime Evidence Act (PACE) 1984. The law is out of kilter with domestic and international provisions, which recognise that those aged 17 and under are children.

The case concerned a 17-year-old boy, identified as ‘HC’ in court, who was held in a London police station for 12 hours overnight on suspicion of robbery. The boy, with no previous convictions, was not allowed to call his mother to explain where he was or ask her to come to the police station. He was not offered the services of an appropriate adult. He was released without charge, but his family had been worried as he had been missing for several hours and they had not been told about his detention.

The judgment by Lord Justice Moses and Mr Justice Kenneth Parker stated that it was “difficult to imagine a more striking case” where the rights of both child and adult are engaged under Article 8 of the European Convention of Human Rights, which provides a right to respect for one’s family life.

In the judgment, Lord Justice Moses echoed the Howard League’s concerns about how the law currently disadvantages 17-year-olds in conflict with the law: “If 17-year-olds are treated as adults, the police retain the right… to refuse contact between such a 17-year-old detainee and his parent or appropriate adult.

Across England and Wales, 75,000 17-year-olds are held in police custody every year. Two boys, Joe Lawton and Edward Thornber, have taken their own lives after being arrested without their parents’ knowledge. Their families have delivered a petition to Downing Street, calling for the law to be changed.

Lord Justice Moses stated: “This case [HC] demonstrates how vulnerable a 17-year-old may be. Treated as an adult, he receives no explanation as to how important it is to obtain the assistance of a lawyer.

“Many 17-year-olds do not believe they need any guidance at all. They demonstrate all the youthful arrogance of which many parents are aware. All the more need, then, for help and assistance from someone with whom they are familiar.” 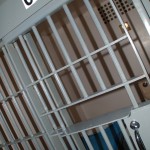 HC’s case was heard at the High Court in February 2013. He was represented by Lawrence & Co Solicitors, who were supported by the children’s charity, Just for Kids Law, and Caoilfhionn Gallagher, barrister of Doughty Street Chambers. The Howard League and another charity, the Coram Children’s Legal Centre, were granted permission to intervene in the proceedings on points of law.

The High Court found that the Howard League had argued “trenchantly” that the role of a parent or appropriate adult is critical because it provides a gateway to a child’s access to justice.

Tabitha Kassem, Legal Director at the Howard League for Penal Reform, said:Â “This important judgment is most welcome but overdue. As we argued in this case, it is an established legal principle, enshrined in our own laws as well as the UN Convention of the Rights of the Child, that 17-year-olds are children.

“The Howard League has joined in calling on the Home Secretary to revise the Codes of PACE to give 17-year-old children this basic safeguard for years, but this has been persistently refused. It is deeply disappointing that it has taken this litigation, the intervention of two charities, and the continued suffering of 17-year-olds, some of whom have taken their own lives post release from police custody, to have this legal anomaly recognised as unlawful.

“Allowing 17-year-olds the right to this protection is not complicated or unduly expensive; in fact, Avon and Somerset Police already provide 17-year-olds with access to an appropriate adult as a matter of course. We are delighted to see that the Association of Chief Police Officers has announced its support for a change in the law, and we hope that the Home Office will respond appropriately.”

Research published last year by the Howard League shows that more than one million child arrests have been made in England and Wales since 2008. However, the number has fallen year on year and several police services have reviewed their arrest procedures following engagement with the charity.

In 2011, the Howard League published research into the overnight detention of children in police custody, which called on the government to afford the same protection to 17-year-olds as other boys and girls.

The judgment comes as government proposals, including removing legal aid for prison law cases that protect vulnerable children in prison and revisions to dramatically restrict judicial review proceedings, are out for consultation. Legal challenges such as HC’s will become much harder to bring if the changes go through.

Tabitha Kassem said:Â “It is essential that where a government or other public body has acted unlawfully a judge can hold them to account, as was the case here.

“The current proposals will inhibit access to justice and weaken the accountability of the executive without achieving the aims of speed and efficiency, at the cost of the most vulnerable in our society.”

Europe sells a few Dollars as US storm damage is counted

We must grow the rural economy and improve the natural environment