I should start with an apology: I got several things wrong during 2011. The UK’s economic recovery, for one thing, turned out to be weaker than I thought it would be, even before the euro crisis intensified in the autumn. And, despite knowing that fudge and compromise are high-level skills on the continent, I genuinely did not expect the response to the crisis from European politicians to be quite so hopefully inept. I’m also sorry I haven’t managed to turn in regular columns over the past couple of months, which I will blame the Europeans for as well.

But, for our failings, the UK economy has not collapsed yet. Nor has Europe’s – although a recession looks likely in Euroland, it is likely to be reasonably short and shallow. And, for all its talk of holding back to allow financial markets to punish profligate states, the ECB has stepped in to provide yet more support to the banking sector. In particular, the three-year loans on offer tomorrow, against a wide range of collateral, have already yielded benefits – at Spain’s short-term bond auction today, yields fell sharply and the Government sold more paper than planned. This funding provision demonstrates that, while the Governing Council is still nervous about buying governments’ debt, it will not shirk from supporting the banks.

This ECB support will be invaluable in 2012 if, as expected, growth takes a tumble. But the ECB, by itself, can buy time but not a long-term solution. European politicians need to finally shake themselves out of their stupor and get on with moving towards fiscal union. The Germans have been dragging their feet all year on this point – but, as they are now coming to terms with the fallout from a disorderly resolution, I think they will eventually play ball. We need to see European policymakers acting in concert in 2012 to safeguard the European economy – and ideally sooner rather than later, so as to disperse some of the uncertainty already clouding the economic horizon.

In the UK, the picture is not quite as grim. Much has been made of Cameron’s veto at the recent European summit, the long-term effects of which could be dramatic. But, on an economic basis, the UK could still avoid an outright double-dip in 2012. With inflation now firmly on the way down, the Bank of England should embark on a further bout of quantitative easing in February. And, if the euro does go into meltdown, the Old Lady has made it clear that she will be manning the pumps. Even the Government’s Autumn Statement was targeted at the right areas of the economy, focusing on credit provision for small and medium-sized enterprises (SMEs) and youth (un)employment. But the scope of the policy announcements was very small – the official line from the Office for Budget Responsibility (OBR) is that they will have no discernable impact on the UK economic outlook.

In a way, the Bank and the Government’s positions are oddly reversed. The Bank of England has plenty of cash – it can create it at a keystroke – but appears bereft of ideas. Faced with the need for further economic support, Mervyn King continues to insist on buying UK government bonds, even though the effectiveness of that policy is still routinely questioned. The Government, on the other hand, has several good policy ideas, but no money to implement them in a meaningful way. As an economist, I can’t help thinking that a bit of co-ordination could improve our economic prospects no end. 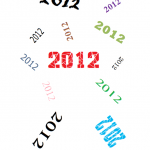 Perhaps what we really need to see in 2012 is more of this kind of radicalism. Not the fanatical sort – the word ‘radical’ has been kidnapped by violence and extremism in recent years – but the old-fashioned kind. Radicals are the people who subject those in power to the claims of those they purport to serve – in a democracy, the public. They are bold enough to propose new ideas and policies, and cut off past experiments that have failed if needs be. For all the change that we saw elsewhere in the world, 2011 was the year of modus operandi in terms of Western economic policy. If 2012 is going to be much better, policymakers might well need to be open to doing things just a little differently.

Global disinflationary forces are playing out but for how long?

The limits of ‘wait and see’