2014 Budget Should Be The Last In Its Current Format

The Budget has moved far beyond its original purpose, creating uncertainty for both business and households across the UK. Measures announced are often outside of the Treasury's, poorly scrutinised and politically charged. For too long we have seen the desire for politicians to claim good headlines trump potentially important yet unpopular policies.

The Institute of Economic Affairs' Budget Submission calls for the Chancellor to pursue policies which meet declared government aims: to reduce the budget deficit, to make the tax system more coherent, to reduce the burden of regulation, and to improve the framework of government for long-term fiscal responsibility.

The paper recommends the abolition of the current all-encompassing budget and recommends that it is replaced with a short statement outlining the changes to tax rates, allowances and borrowing required to meet public spending obligations. Other areas outlined in this Budget for reform include stamp duty, tax thresholds, pensioner benefits and employment regulation.

Key IEA proposals for the Budget include: 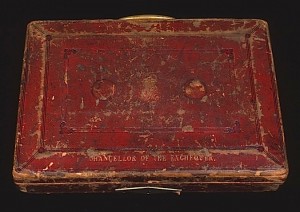 • The introduction of legislation requiring thresholds for inheritance tax, stamp duty and all income tax thresholds to be increased annually by the higher of wage growth or inflation.

• The ruling out of any kind of wealth or mansion tax.

• Stamp duty should be reformed away from the current slab structure, and eventually abolished.

• The introduction of employment law exemptions allowing new firms and small businesses to treat a certain number of employees as self-employed.

• The abolition of free bus travel, free TV licences and the winter fuel allowance. This would save around £4 billion per year.

• Means-tested pensioner benefits should be increased by 1% per year for the next three years, in line with government policy for means-tested working age benefits.

• The current all-encompassing Budgets and Autumn Statements should be abolished and replaced with a short statement outlining the changes to tax rates, allowances and borrowing required to meet public spending obligations. Other announcements should fall under the auspices of the relevant departments.

Commenting on the submission, Mark Littlewood, Director General at the Institute of Economic Affairs, said:

"It's high time the Chancellor grasped the severity of the choices the country faces. Tinkering is no longer enough. To create the conditions for economic prosperity, we need a review not just of the scale of state spending but also of the scope of government. The Budget is now a fanfare, placing emphasis on good politics at the expense of good economics. Rather than governments chasing votes by providing rafts of goodies for various interest groups, we must return to a climate where the transparency of tax and spending decisions are paramount."