• The recovery of the UK economy is on track, but more is needed to ensure sustained growth

With the start of January just weeks away, Duncan Lawrie Private Bank today outlines its view of what the British public can expect to see across the UK and global economy in the new year.

As well as considering the outlook for the domestic economy, UK interest rates and the importance of increasing exports, experts from the bank outline their views on the problems facing UK pensioners and the case for investing in either India or Japan.

“The UK economy is pushing through the gears and starting to pick up speed. By the second half of 2014 the UK's economic output is expected to surpass the levels that were last seen in 2007, before the start of the economic crisis. Indeed, it has been suggested that GDP is set to exceed growth expectations, all of which supports the belief held by many, that the economy is indeed well on its way to a full recovery.

“Although much of the economic data is positive, over the long term we would still advise caution. The lack of business investment and low export levels are cause for concern, especially if consumer spending, which has been a strong economic driver to date, begins to tail off. The Government has long been talking about an export-led recovery to ensure balanced growth, but in 2014 this needs to be realised. If achieved, the future prospects for the economy are certainly bright.

“It is very unlikely that we will see any changes to interest rates in 2014, but people should use the year to prepare themselves for when they do rise. We would expect to see initial rate movement in the latter part of 2015, but from there rates could rise sharply.

“In the short term this is not great news for savers, who will have to wait before they start to see the kind of returns they were seeing five years ago, but on the positive side, anyone wishing to pay down debt should do so now, while rates remain at their historic low.”

Following the Chancellor’s recent Autumn Statement, pension’s expert Chris Masley from Duncan Lawrie Private Bank, comments on what people can expect to see in the world of pensions in 2014.

“Both state and private pensions have been an on-going issue for the Government over the last decade and this year has been no different.

“With interest rates remaining at their historic low, and with an additional £375bn circulating in the economy as a result of the Quantitative Easing (QE) programme, the Bank of England has been missing the Government’s target of keeping inflation below two per cent. The inflationary pressure that has been created has meant that people are still seeing a decline in the value of their pensions.

“While the Government wants to help ensure a fair deal for everyone, this situation is even worse for a generation of young workers who will no doubt be asking themselves how the current state pension system offers a fair deal for them. They will have to work longer and harder for a pension that is still falling in real terms.

“This year we can expect to see the Government place increased pressure on the Bank of England to ensure that it hits the inflation targets. In addition, MPs will be under political pressure to bring their pensions in line with private and other public sector pensions, so that they are no longer exempt from the reductions in both the annual and lifetime allowances.

“This year we would also like to see more done to encourage young people to start thinking about their retirement plans. By encouraging people to plan early for retirement and continue a strong commitment to it, we might start to see a genuine turnaround in the UK’s pension crisis."

“Japan is facing a mounting debt problem and is handicapped by an ageing population. Its political leaders are acutely aware of the issues that the country faces and are focused on implementing the necessary radical measures required in order to restructure the economy. 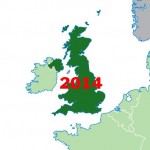 “Japan’s ultimate goal is to attract foreign investment to help service the national debt, which until now has been serviced by a domestic and ageing population.

“The Japanese Prime Minister, Shinzo Abe, has announced some aggressive economic reforms in an attempt to rejuvenate the stagnant economy. This year [2013], Abe increased the amount of money in Japan's economy through quantitative easing by around $116bn. This will contribute to the devaluation of the yen, making exports cheaper and more competitive, which in turn will boost the corporate earnings of Japan’s multinational companies.

“In addition, there are plans to help stimulate the Japanese stock market. From next January, the Japanese Government is planning to introduce stocks and shares ISAs, similar to those that are used in the UK, which will have a positive impact on the Japanese stock market. Underpinning this will be a change in the equity asset allocation mix from the Government Pension Investment Fund (the world’s largest pension fund), which will help stimulate the market yet further.

“In the eighties, Japan had been an attractive market for investors, however in the early nineties, the economy spectacularly imploded, causing a decade of stagnation which has deterred many investors from engaging in the country on anything other than a short-term basis.

“However under the mantra of ‘Abenomics’, it is clear that Japan has finally come to terms with the gravity of reducing its massive debt and creating an economic climate that is conducive to growth over the next few years.

“This year has been a big stepping stone for the Japanese economy and 2014 will be the year to build on this further. All signs suggest that Japan has learnt from past mistakes and that there promises to be a resumption of sustained growth over the next few years. For many investors, regardless of its tumultuous past, Japan could potentially be one of the better investments over the next decade and 2014 will play an important part in this renaissance.”

There will be a pick up in confidence in India’s growth potential in 2014, and recent announcements by the new Governor of the central bank, Raghuram Rajan, show that the country is keen to encourage more western investment.

“India is a country of duality at the moment. On the one hand it offers some great opportunities for investors, while on the other hand these opportunities are being undermined by the well-known problems of inadequate infrastructure, corruption and a volatile currency.

“The experience for foreign investors in 2013 has been an uncomfortable one. Whilst the equity market return in rupee terms has been a positive 10 per cent, translated into sterling, investors are showing a loss of about three per cent.

“The collapse of the rupee was precipitated in May when the US Federal Reserve intimated that it was planning to withdraw monetary stimulus and return to a more normal policy environment. Investors reacted by withdrawing capital from emerging markets to buy US dollars, with those countries with the weakest balance sheets, which included India, being hit hardest.

“Looking forward, the country’s infrastructure will be vital for releasing India’s true potential, but at the moment it remains a country that appears to be in conflict with itself. With the real prospect of a new administration in place next year we have already seen signs of a rally. When tapering becomes reality, which can’t be far away this time, foreign investors may think twice before rushing for the door.

“India has a strong domestic economy and an evolving society where entrepreneurialism is thriving.

"The catalyst for a new dawn is the belief, encouraged by the recent state election results, that the Congress party will be displaced as the country’s leading party at next year’s general election.

“The electorate is fed up with corruption, the poor handling of the economy, high food inflation and the pace of infrastructure development. If these state election results set the trend for next year’s General Election, then Narendra Modi, leader of the BHP and currently Governor of the state of Gujarat, could be the next Prime Minister.

“His track record in management of a large regional economy has demonstrated the abilities which are needed to end the current economic paralysis and restore India’s earlier growth rate. New blood in the shape of the recently appointed governor of the Reserve Bank of India, Dr Rajan, has already set an example of what can be achieved in the right hands.

“India’s elections will be the inflection point for change in the country. It will be a very interesting year that could potentially set the course for the next decade.

Professional landlords and their future in the buy to let sector