Which are the fastest and slowest growing cities in 2016?

With the economy steadily rebounding since the Great Recession, the personal-finance website WalletHub conducted an in-depth analysis of 2016’s Fastest Growing Cities.

In order to identify the U.S. cities that grew the most rapidly between 2009 and 2015, WalletHub’s analysts compared 515 U.S. cities across 14 key metrics, ranging from “population growth rate” to “college-educated population growth” to “unemployment rate decrease.” In addition, we produced separate rankings for large, midsize and small cities. 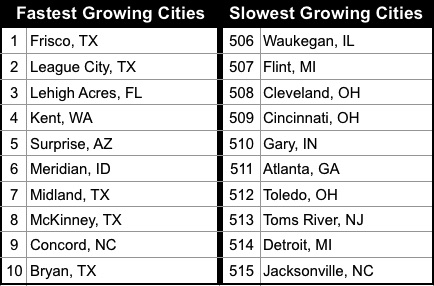 To view the full report and your city’s ranking, please visit:

Once Upon a (Bed) Time

Have a smoke? Have a tablet.