250,000 Over 50s Say They Will Have to Sell Their Home to Pay Off Their Mortgage

While most young people are struggling to get on the property ladder, some over 50s are clinging on to the last rung. Research by The Saga Equity Release Advice Service shows that more than a million over 50s are set to face a shortfall when it comes to paying off their interest only mortgage.

Under-performing endowments have left those with interest only mortgages facing an average shortfall of Â£49,000. As one in ten have no way of paying their mortgage off, Saga estimates that they have to find 5 million pounds from somewhere to keep the lenders from knocking at their door.

Moving home could be the worst case scenario for those facing a shortfall, as many over 50s couldn’t bear selling their home because it’s filled with family memories. This could be why half of over 50s haven’t moved home for more than 20 years***. However, a quarter of people say that they will have to sell their home to make up for the shortfall from their endowment policy.

One in 13 of those facing a shortfall have bought themselves some extra time by extending their mortgage, while a third plan to dip into their savings to pay off their mortgage. While some people have some sort of plan in place, one in ten don’t know what they will do to pay the outstanding balance on their home. 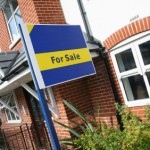 Paul Green, Saga director of communications, commented: “Finding your endowment policy has failed to payout the way you expected can be a great shock, but facing an endowment shortfall need not mean that you lose your home as there are other options open to people to plug the gap.

The Saga Equity Release Advice Service has helped many people in this situation. By offering no obligation advice, the specialist advisers assess people’s financial situation and discuss their options with them. The advisers even check if someone is entitled to any state benefits that they’re not claiming, which has enabled more than a quarter of Saga customers to find, on average, an extra Â£688 a year.”

When will all those new houses be built?