28% of mortgaged US homeowners are 'underwater'

As the value of housing continues to fall in the USA more and more mortgaged home-owners are finding themselves in negative equity, or 'underwater'.

According to the Seattle based company Zillow Inc. and reported by Bloomberg this is an increase over last year's already high figure of 22%. In stark numbers that is an increase from 13.1 million homes in negative equity last year to 16.2 million this year. 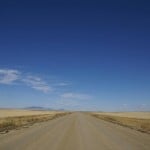 The US property road to recovery

Bloomberg also reports that Morgan Stanley expects house prices to keep falling this year by up to 11% and Robert Schiller of Yale University puts the fall at 5%-10%.

According to Humphries prices had been propped up in 2009 and early 2010 by federal stimulus programmes, which 'stole' demand from the future.

“In the past, people felt more bullish in a post-recession recovery.” Humphries told Bloomberg. “They’d go out and spend more on homes and that would ignite hiring in construction and the mortgage industry. And they’d start to get the flywheel moving more quickly. Unfortunately, now, that flywheel is broken.”

The highway to recovery for the US property market is a long one, with no end in sight.