However, that increase is less than the eight percent growth from 2012 to 2013, indicating that 2015 will also be a slower year for overall gains.

Homeowners can't rely on market conditions alone to get the most out of their property.

The following three projects have proven over time to get the most bang for your buck.

The 2014 Remodeling Cost vs. Value Report [1] found that a mid-range bathroom remodeling job cost homeowners about $16,000 and returned about 73 percent of that at sale. Minor kitchen remodeling jobs (cabinet doors, countertops, faucets and appliances) cost about $19,000 with an 83 percent return on investment. 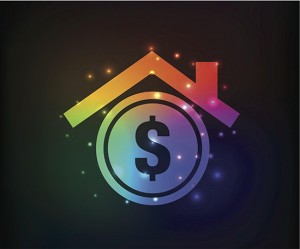 David Pekel, a master certified remodeling professional in Milwaukee, told U.S. News that kitchen renovations should never exceed 25 percent of the home's overall value, while bathroom updates should be within the 15 percent range. The improvements you make should also match the overall theme of the house. For instance, a modern kitchen in a 19th century Louisiana plantation home would serve more as a distraction than an improvement.

You can maximize returns by doing some of the work yourself or finding alternative materials. Audrey Kuether, whose work has been recognized by Better Home & Gardens, completely re-did her kitchen in a new home for $500. It took two months to complete the job, but serve as a great example of how much you can save if you put forth the effort.

John Harris, a professor of economics at Boston University, told House Logic that good landscaping can add 28 percent to the value of a home and cut its time on the market by up to 15 percent. The best part about landscaping is that it can actually increase in value as time passes as tree grow taller, and plants become more robust.

First make a plan as to what you want in the end, including a budget. Consider the amount of sunlight your property gets, along with the climate and overall neighborhood atmosphere when choosing plants and trees. A piecemeal, disorganized look will instantly turn buyers off and keep your home on the market longer.

Landscaping doesn't necessarily have to be just plants either. A bench in the backyard, a new mailbox, and even walkways made from pavers or flagstone provide instant curb appeal. You could spend a few hundred dollars for a professional landscaper to draw up a plan for you to execute yourself. Lighting can be added to existing landscaping to accent what you already have.

Adding another room or story to an existing house is costly, and should only be done if its makes financial sense. If your home is the only one on the block that lacks multiple bathrooms, than an addition brings it up to par with the neighborhood. Further the National Association of Homebuilders found in a 2006 study that adding a half bathroom to a home that previously had only one bathroom increased its overall value by 11.5 percent.

Family rooms, additional stories, and all other major improvements will require building permits and several contractors. Of course cost is always a consideration, so if you've got a tight budget, renting the equipment yourself (e.g. bulldozer and/or excavator) to clear out trees and bushes before the job begins is a more cost-effective option. One thing to keep in mind is to avoid is adding too much. Ron Phipps, a realtor in Rhode Island, told HGTV that homeowners don't want to have the most expensive home on the block, as it will make a potential sale more difficult. Add just enough to put your home in the top percentile without making its price an outlier in the neighborhood.

Cutting costs to maximize returns on home improvements is the goal for all homeowners whether they're selling or staying. But always consult with a professional before tackling a project you're unfamiliar with.