A conference at the Food Standards Agency (FSA) headquarters next week will explore the risks allergic consumers are willing to take in buying and consuming food products, after a survey reveals 3 out of 4 allergic consumers would purchase products claiming to be 'allergen free' on the label – despite these claims being largely unregulated.

The conference on Tuesday 12th November, organised by the Anaphylaxis Campaign for food industry representatives comes ahead of incoming European regulations for 2014, which have already been controversial.

Anaphylaxis Campaign CEO, Lynne Regent said; "UK food companies have already expressed their concern in being able to comply with new European rules covering the labelling of food allergens which compel them to remove 'contains' boxes from their products, restrict information about the use of allergenic ingredients to ingredients lists and emphasise allergens through font, style, background colour, or other clearly distinguishable typeset.

"These regulations have caused much confusion, which has panicked both manufacturers and consumers, but they do not apply to precautionary "may contain" warnings, which will still be permitted."

As well as exploring these changes, the conference will highlight recent research conducted by the Anaphylaxis Campaign and global allergy organisations into consumer understanding of allergen threshold levels.

Threshold doses for food allergens relate to the lowest amount of that substance that can trigger an allergic reaction in a susceptible individual. 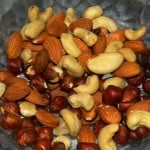 Once established, threshold levels could help industry make efforts to reduce cross-contamination to below those levels, potentially resulting in fewer "may contain" warnings – and potentially fewer allergic reactions.

Lynne said, "A major problem is that although our research reveals that 86% of those surveyed would purchase products claiming to be 'allergen free' on the label, there are no consistent standards in place for 'free from' claims as they are simply not regulated. Threshold level establishment would go a long way to helping regulate claims like these, ultimately making the consumer safer."

Sue Hattersley, Head of Food Allergy at the FSA said, "With over 60 representatives from the food industry already confirmed, it's brilliant that the Anaphylaxis Campaign runs events like these, to not just educate food businesses on their responsibilities to consumers and help them gain greater understanding, but also to gather opinion and troubleshoot any problems they might be experiencing in being able to fulfil their responsibilities. We would encourage food businesses of any kind to attend this event if possible to get ahead of the regulations and make sure they can comply as soon as possible."

Germany wants its gold back