Ahead of a speech at Jodrell Bank Observatory, the home of radio astronomy, David Willetts said:

"Investment in science is a crucial part of this government's long-term economic plan. It's about investing in our future, helping grow new industries and create more jobs – and that will mean more financial security for people across the country."

Speaking to an audience of scientists, apprentices and school children, the Minister will confirm the following new investments;

£165 million for one of the largest science and technology infrastructure projects of our time. The creation of a giant powerful neutron microscope will be able to better observe the world and the universe. This brings with it the potential to discover materials for faster planes, new and better computer chips, new drugs, super long-life batteries and feather-lightweight kit for our military. 30 times more powerful than microscopes we use today and the size of 140 football pitches, this technology will create and secure thousands of jobs. 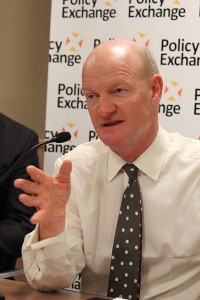 £100 million contribution to The Square Kilometre Array. This will be the largest and most sensitive radio telescope in the world, stretching technology to its limits. This telescope will produce ten times the current global traffic of the internet. British scientists are already helping to develop the central computer which will read the huge volume of new data, meaning this project could lead to faster smartphones and increased internet speeds across the UK in the future. The global market for data analysis is also expected to be worth £31 billion by 2016 – with Britain in a prime position to dominate the market.

£25 million to participate in the M3 Space Mission (PLATO). The UK will take a leading role on PLATO, a giant telescope made up of 34 telescopes. The UK is a world leader in satellite technology and the space sector supports 95,000 full time jobs, generating £9.1 billion for the economy each year. This investment will secure key roles for British firms as part of the mission and maintain UK international competitiveness in world class research.

These investments will see British scientists and businesses working together on some of the most exciting scientific projects of the future.

And every £1 spent on research generates 50p for the wider economy every single year after.

Today's announcements also build on the £270 million investment in quantum technologies announced by the Chancellor in his Autumn Statement last year.

Quantum technologies create entirely new ways of communicating, measuring and processing information that are beyond the capability of existing systems. They already deliver satellite navigation, data storage and encryption – the industries of the future will be built on these capabilities and Britain will be at the forefront.

"International collaboration is central to scientific progress and is essential if we are to deliver projects on the scale of the Square Kilometre Array, the European Spallation Source and the M3 Space Mission.

"Many scientific projects can only be pursued through such large scale collaboration and it is great that the government has decided that the UK will play its full part. Investment in these projects is also an investment in British innovation and in the creation of sustainable economic growth built on our world leading science."

British companies are already benefitting from the UK's role as a global leader in science and innovation, and especially participation in the European Space Agency (ESS) Space Science programme. Astrium UK were awarded a contract in 2012 to lead the Solar Orbiter mission to study the Sun, and to build the spacecraft. UK participation in the next ESA space mission will further increase the number of space sector jobs and bring wider economic benefits to the UK economy.

Innovative British firms, like Airbus, also have a real opportunity to play a role in providing the technological and manufacturing processes to meet demands of these cutting edge projects, directly generating economic growth and securing several hundred jobs.

UK science is quite literally reaching for the stars and opening up galaxies of opportunity for British firms by investing in these projects.

"We're delighted to see this clear commitment to our international partners to invest alongside them in these world-leading scientific activities. The facilities being developed not only push forward our scientific understanding but will also deliver results that can have an impact on our everyday lives. It is involvement in these sorts of projects that will keep the UK at the forefront of global science."

"We welcome the investment in scientific infrastructure announced today by the government and the access to world class facilities and equipment this will give to researchers in the UK.

"The global and UK economies and the well-being of nations and individuals are dependent on the chemical sciences. If we are to resolve global challenges – from developing and securing sustainable energy supplies to tackling antibiotic resistance and understanding and ameliorating climate change – then long-term investment in our world-leading scientific base is essential.

"This is a welcome step in the right direction and we look forward to the forthcoming long-term strategy for science and innovation which the government will publish later this year."

"Everyone can appreciate the primary goal: PLATO is about establishing where our Earth and Sun sit in the scheme of the universe as a whole. The mission is not just a big step for space astronomers but what it sees will be used to exploit ground based telescopes as well. The whole astronomy community has something to gain."