Yesterday a formal diplomatic protest, known as a démarche, was delivered to the Icelandic Government in Reykjavik.

The démarche also objects to Iceland's international trade in whale products, stating: “Fin whales and minke whales are listed under the Convention on International Trade in Endangered Species of Wild Fauna and Flora (CITES) Appendix I … and we remain extremely concerned with Iceland’s reservation, entered in 2000, for these and other cetacean species.”

The démarche was signed by the 28 EU Member States, the USA, Australia, Brazil, Israel, Mexico and New Zealand. In addition, Monaco associated with the statement.

The 35 countries called on Iceland to “respect the IWC’s global moratorium and end its commercial whaling and international trade in whale products”.

“Since 2006, Iceland’s whaling company Hvalur has killed more than 500 endangered fin whales, purely to cash in on a limited demand in Japan. This démarche highlights Iceland’s flagrant disregard for international efforts to conserve whales. We congratulate those countries that have initiated this protest and urge them and other countries to take further diplomatic efforts to bring an end to Iceland’s commercial whale slaughter.”

“We welcome the fact that so many governments have acted to put Iceland on notice that its whaling is unacceptable to the world community. AWI urges Iceland to respect the call made in this diplomatic protest and to bring an end to both its whale hunts and trade in whale products, to stem the damage already done to both its reputation and economy." 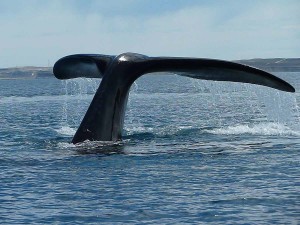 “We join the signatories of the démarche in urging Iceland to come in from the cold and join the international community in creating a world where whales are safe from this outdated practice. At a time when Icelandic parliamentarians are questioning the negative effect that whaling is having on Iceland's international standing, we urge Iceland to abandon this unnecessary slaughter and instead support its profitable and growing whale watch industry which brings considerable economic and social benefits to the country.”

The report strongly urged the IWC, governments and businesses dealing with Icelandic companies linked to whaling to take action to compel Iceland to cease commercial whaling and trade.

The Future of Wearable Tech for Doctors and Patients