More than a third (35%) of global financial services professionals working in banks, asset management and hedge funds believe that executives should be held criminally liable for the actions of staff. According to a survey commissioned by global professional services firm Kinetic Partners, more than a quarter (27%) of those in the “C-suite” also share this view.

Support for criminal sanctions can be seen across the globe. It is strongest in the UK, where 34% of respondents say that making executives criminally responsible for the actions of employees within their firms would be good for the industry, compared with just 27% who believe it would have a longer-term negative impact. In the US, 27% are in favour of criminal liability for executives, with only slightly more (29%) against. In Hong Kong, respondents are also almost evenly divided; 36% say it would harm the industry, while 35% are in favour.

“As politicians and regulators respond to continuing public anger over the financial crisis and subsequent scandals, the threat of jail terms for those at the top of today’s financial services firms is increasingly real. The fact that more than a quarter of C-suite executives actively welcome such moves should give some confidence that the industry recognises that a culture of compliance needs to start at the top.”

Writing in the GRO report Mark Steward, Executive Director of the SFC, says it was determined to “combat both the wrongdoer and the wrongdoing to the hilt”, and outlines its increasing activity combatting abuse: investigations of insider dealing up 250% since 2007, market manipulation investigations up 240%, intermediary misconduct cases up by 280%, and corporate governance cases up 530%. 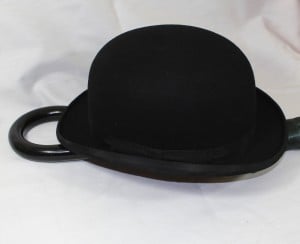 “Executives face significant responsibilities and trends such as the fight against tax evasion, illustrated by FATCA and similar rules, on top of anti-money laundering and anti-bribery legislation, illustrate a global convergence in approach by regulators and governments. With an increasing appetite on the part of the regulators for fines and criminal prosecutions of individuals, general counsel, chief compliance offices and others in key positions, firms should need no encouragement to proactively ensure compliance.”

Despite support for criminal liability, other findings revealed skepticism over the ability of new regulation to improve public confidence in financial services industry:

· 61% of this same group believe that more effective use of existing regulation, rather than new regulation (3%), would be the best way to strengthen accountability and rebuild trust in the industry.

“Even though many are willing to be held to the highest standards, financial services executives are not convinced that existing regulations – and sanctions – are yet being used to full effect.”