• A third of employees dislike their boss

Have you ever thought you could do your Boss’s job better? If so, you are not alone. New research from PeoplePerHour shows that four in ten working Brits say they could run the business they work in better than their current managers.

Moreover, a surprising 53% of those surveyed said they were disengaged with their work, or put more simply, half of the those questioned dislike their jobs. When asked why they weren’t content at work, not getting along with their boss (33%), feeling undervalued (20%) and underpaid (32%) were the main factors attributed to their dissatisfaction in their current roles.

Why do a third of people dislike their senior managers? The key offences bosses seem to commit included overuse of corporate jargon, using terms such as ‘blue sky thinking’, ‘reaching out’ and ‘touching base' (21%). Micromanaging their employees and monitoring every move (20%) changing deadlines with great frequency (18%) and the endless meetings (14%) were also popular responses.

Interestingly, research also revealed that more workers are looking to start their own small business. Nearly half (47%) of employees are looking to either go it alone as soon as they can or would like to accomplish this at some stage in the future. 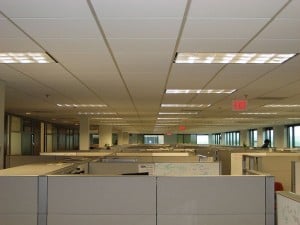 “It would seem Britain is a nation of business leaders in waiting – nearly 40% of Brits are frustrated in their current roles, believing that they could do a better job than their boss.

“In a struggling economy, it is not as easy to find another job as it used to be. British ambition is high, and employees are coming out of the shadows and want to take control. If people feel they could do a better job than their boss, they should be encouraged to follow their dreams and become their own boss.”