47% of UK not planning to take advantage of pension reforms

Nearly half of UK not planning to take advantage of pension reforms due to lack of understanding, finance and confidence around the changes

• 4.8 million people who are aware of the pension reforms do not intend to take all or part of their pension as a lump sum
• 1.3 million over 55s do not intend to take out a cash lump sum as a result of the changes
• More than 12 million adults in the UK are still unaware of the changes
• Confidence levels towards the reforms are considerably higher amongst future retirees: 75% of 18-44 year olds intend to take out a cash lump-sum when they retire
• 15% of those who will take a cash lump sum (2.5 million individuals) will transfer their money into a savings account, with 21% of over 55s doing so
• A staggering 37% of over 55s who are soon to retire are unsure how they will spend or invest their money

A new research report by Avacade Future Solutions has today unveiled the immediate financial intentions of pension planners, post the recent reforms. The research reveals 1.3 million over 55s do not intend to take out a cash lump sum as a result of the changes, opposed to the 1.7 million pension planners who do.  Of those who do not wish to take action with their pension fund, 47% have cited a perceived lack of understanding and confidence in the reforms as the reasons as to why. Further challenges range from a lack of funds to a fear of running out of money in their retirement. Over one in 10 UK pension holders do not feel they have received sufficient guidance in order to make a wise decision in light of the freedoms, with 13% concerned that they will make an irrecoverable mistake. A further 47% are dissuaded from making any financial movements post reforms due to a lack of finance, confidence and overriding fear of making irreversible mistakes with their pension. When analysed further, the data sourced from those feeling unsure highlighted:

The high levels of uncertainty and fear surrounding the April 6th reforms are reflected by one-third (33%) of pension holders who have chosen not to take out cash and sustain their current pension plan. However, the early stage activity of those who are 55+ and planning to take out at least part of their pension as a cash lump-sum is as follows: 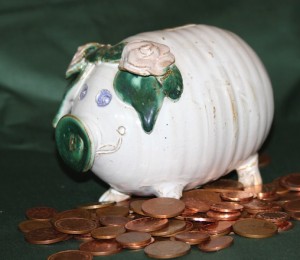 In light of the most significant changes to the pension industry seen in this lifetime, the research delivers a future-facing outlook on how generations of pension planners intend to manage their retirement prospects. Charting consumer sentiment across a national sample of 2,003 UK adults, the data unveils a staggering 75% of 18-44 year olds who intend to take out a cash lump sum when they reach retirement age. One of the key findings from the report is the significantly higher levels of financial confidence amongst younger generations post the reforms.

Across the UK, there are numerous reasons for taking out a cash lump sum from a pension pot. Of those who plan to utilise their pension in this way:

Lee Lummis, Managing Director of Avacade added: “The post reforms research has reflected a nation of pension planners that are divided. With an average of 1.3 million people in the 55+ age group selecting to not touch their pension fund post the changes, and a similar number choosing to do the exact opposite, consumer sentiment is hesitant and diverse.

"As with any industry shift of this scale – especially in such early stages – the degree of knowledge about the reforms nationally is in its infancy.  That said, these early findings are a vital indicator of how the industry needs to deliver in the months and years ahead. A staggering 47% of those who have chosen not to respond to the reforms feel scared, unknowledgeable or financially ill-prepared to benefit from the changes, and of those who are looking to take advantage of the freedoms, the course of action is equally fragmented. The overriding sentiment that supports this report is essentially a nation hungry for better standards of living in retirement, with uncertainty in how best to achieve this. Early insights such as those in the Pension Intentions Post Reforms report are vital steers for the companies that serve ‘Pension Britain’. Moving forward, as knowledge and the impact of the reforms gains momentum, a huge responsibility lies with information providers to ensure pension planners feel confident in the range of options available to them, so as to assist with intelligent and relevant decision making."