The Labour Party’s plans to reintroduce the 50p tax rate would see high earners in the UK pay 24% more in tax than the current global average, according to a new study by UHY Hacker Young, the national accountancy group.

UHY Hacker Young studied tax data in 25 countries across its international network. The study captured the ‘take home pay’ for low, middle and high income workers taking into account personal taxes and social security contributions. High earners were defined as workers earning US$1,500,000 (£876,915) per annum. The calculations are based on a single, unmarried taxpayer with no children.

UK currently has one of the most competitive tax rates in Western Europe for top earners, but compares poorly with US
UHY Hacker Young says that workers earning US$1.5m (£876,915) in the UK are US$62,172 (£36,345) better off than two years ago as a result of the reduction of the 50p tax rate to 45p last year by the coalition.

According to UHY Hacker Young, the highest earning taxpayers in the UK face a bigger tax bill than peers in some non-European developed nations and in Eastern European and emerging economies. For high earners there is a typical take home pay of 57% in the USA and 67% in  New Zealand, compared to a typical 54% in the UK.

Eastern European and emerging economies offer the most generous tax regimes to higher earners.  In Dubai and Russia flat rate, or no, taxation means that all taxpayers take home 100% and 87% of their pay respectively, while taxpayers earning $1.5million in Slovakia, the Czech Republic, Jamaica all keep more than 70% of pay.

The UK has the 6th lowest tax burden for low earners out of the 25 countries studied. Ireland is the only European country studied that taxes low earners less than the UK.

“The UK Government reduced the 50p tax rate in April last year on the basis that this would encourage wealth creation and prevent a brain drain of skilled professionals.”

“Reintroduction of the 50p tax rate could be something of a backwards step at a time when other countries are rolling back their top rates of tax and could put the UK at a significant disadvantage to its rivals.”

“We would lose some of the edge that we currently have over other Western European countries in attracting successful entrepreneurs and investors. We will also find it harder to compete against other major English speaking economies such as the USA, where high earners already take home an extra US$48,300 (£28,240) compared to the UK.” 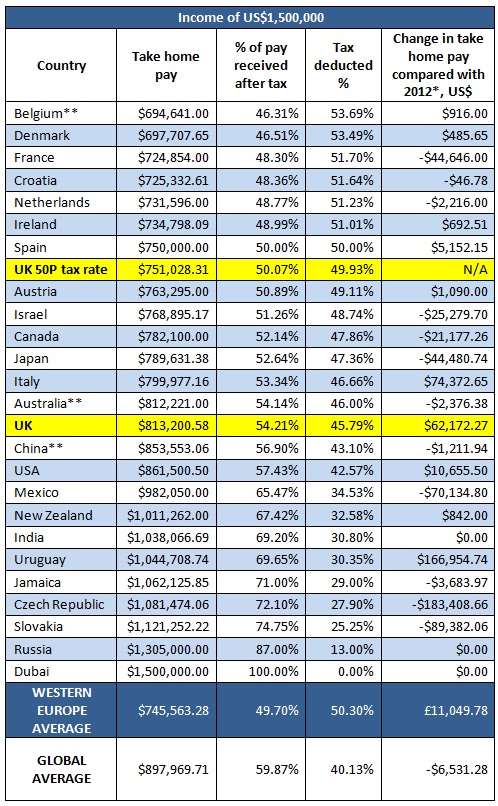 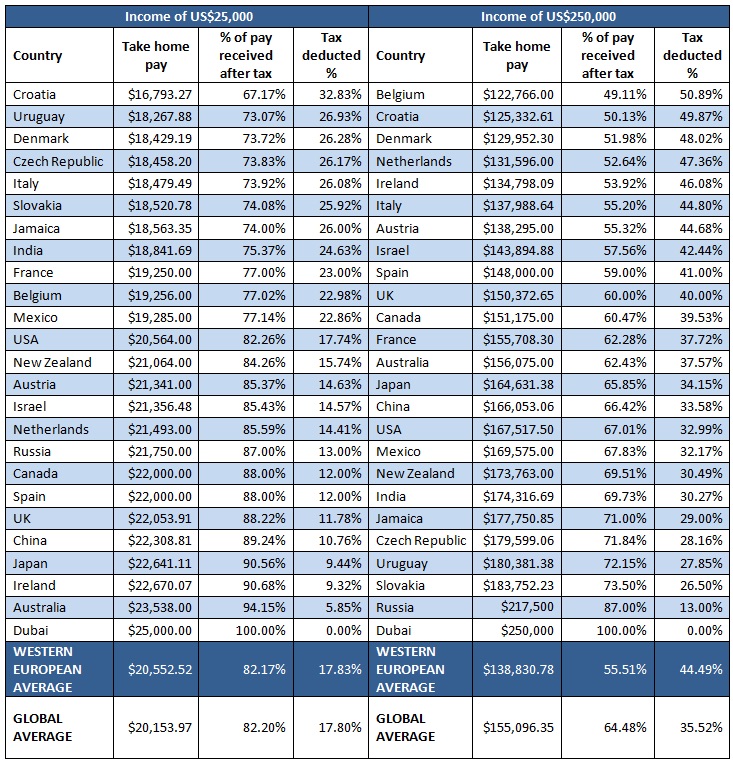 Brexit fears linked to the rise in protected trust deeds