HMRC’s Affluent Unit has increased its headcount by 54% in two years, from 213 in 2012/13 to 327 in 2014/15 as HMRC intensifies its tax avoidance crackdown, according to Moore Stephens, the Top Ten accountancy firm.

Moore Stephens highlights that the wage bill for Affluent Unit inspectors rose 68% over the same period, from £7.8 million to £13.1 million.

There is significant political pressure to maximise the tax take, and Moore Stephens points out that HMRC is scrutinising a broad group of taxpayers, not just high net worth individuals.

Moore Stephens explains that there are a number of factors that can attract the attentions of the Affluent Unit including:

• having significant property holdings in the UK;

• having unusually low rate of tax on total income;

“This increase in headcount at the Affluent Unit is a clear indication that HMRC intends to squeeze more tax out of a wider group of taxpayers.

“Additional tax inspectors at HMRC will be expected to pay for themselves many times over.

“Taxpayers who think they may be in the sights of this unit should carefully examine their tax affairs.

“There is a strong political impetus behind maximising the tax take without increasing headline rates of tax. HMRC is as susceptible to political pressure as any other government department.

“Like most central government departments HMRC is under considerable pressure in terms of its budget but is determined to continue to ramp up its investigations into individual taxpayers.

“The tax affairs of many of the taxpayers who are investigated by the Affluent Unit will be perfectly in order. Some of the measures HMRC uses to determine who faces scrutiny can be quite crude.” 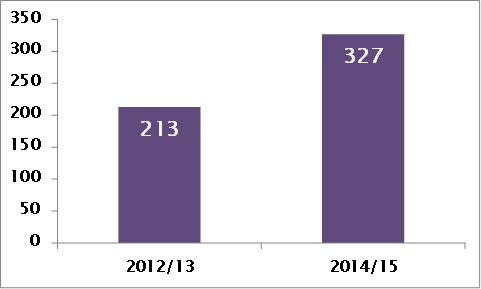 NISAs not yet positioned to curb savings crisis