Nearly seven in 10 Britons believe Tory chief whip Andrew Mitchell called police officers “plebs”, and over half (52%) think he should resign, according to a YouGov poll.

Mr Mitchell issued an apology for being discourteous and swearing at police officers stationed outside Downing Street, but he has not admitted to using the term “plebs”.

A majority (52%) of the public also believe that the chief whip should resign over the row with police, while only 29% say he should keep his job.

There was a greater difference amongst party supporters when it came to whether Mr Mitchell should resign:

Commenting on the poll findings, YouGov Director of Political and Social Research Joe Twyman said, “The fact that so many people, including Conservative supporters, believe Andrew Mitchell did in fact call police officers ‘plebs’ is obviously damaging to his personal credibility, and will increase pressure on him to resign as chief whip.”

“Though both Mr Mitchell and the Prime Minister have tried to draw a line under the matter, it is still too early to tell whether or not this will cause wider political damage. However, the specific insult Mr Mitchell is reported to have used certainly does not help David Cameron in his efforts to detoxify the Conservative party brand,” said Twyman. 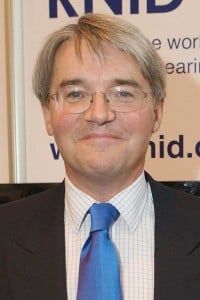 By Credit: http://www.acumenimages.com. Uploaded to Flickr by The Health Hotel. [CC-BY-SA-2.0 (http://creativecommons.org/licenses/by-sa/2.0)], via Wikimedia Commons

Duncan Smith: Ending the damaging 'something for nothing' culture

The economy, or social unrest? Where will our doom stem from?