New research looking at price growth by decile has been carried out by London Central Portfolio (LCP) in conjunction with analysts and Land Registry specialists Acadata. This shows that despite volatility in the Prime Central London (PCL) market since the 2014 high, resulting in a static growth picture overall, price rises are being seen in all sectors outside the top 20% of the market.

LCP’s research looks at all market transactions, analysing the performance of every decile from the cheapest 10% of property transacted to the most expensive. It has shown that the leading factor impacting property performance in PCL has been the broad sweeping Stamp Duty changes, implemented at the end of 2014, which altered the tax from a ‘slab’ system to a graduated one. 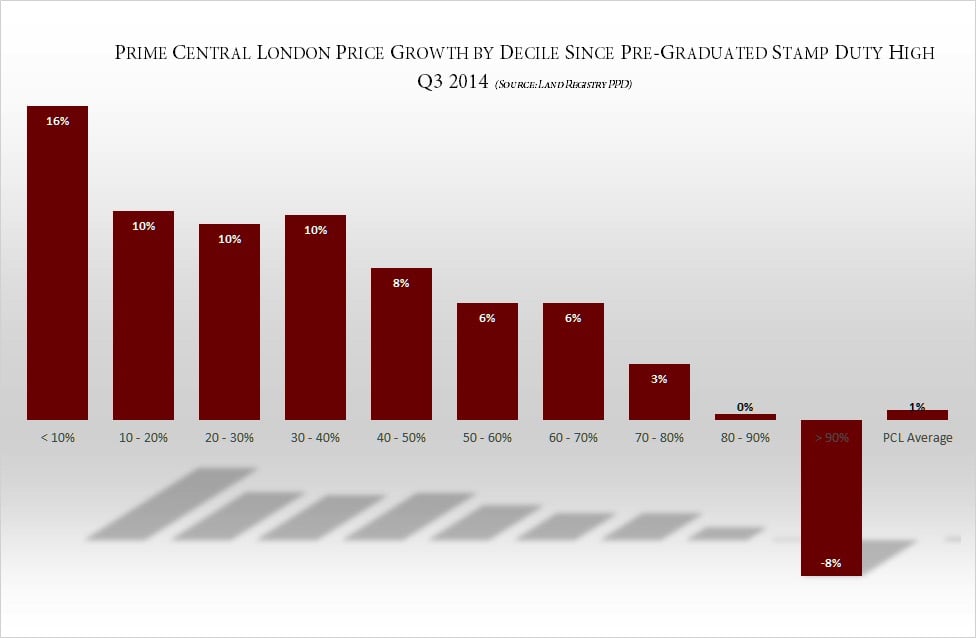 According to the statistics, despite the flat picture overall for PCL, the bottom 40% of the market has actually recorded double digit price growth since Q3 2014, the high point pre-tax change. This represents all property under £936,000, the exact level (£937,000) where the graduated Stamp Duty sees an increase, rather than a decrease. 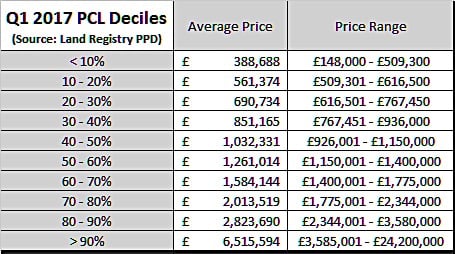 “Despite reports of subdued prices for PCL as a whole, LCP’s analysis shows a positive picture in all sectors of the market since 2014’s high point, except the top 20%. This sector has been notably impacted by changes in Stamp Duty legislation. Indeed, the bottom 40% of the market has recorded double digit price growth, being far less affected by the recent introduction of taxes. As an ‘entry price’ market is also more accessible, remaining particularly attractive to international investors taking advantage of current currency exchange rate benefits which have resulted from Brexit, and continuing low interest rates."

"We anticipate that this sector will continue to see positive price growth as increased uncertainty in the USA and Middle East makes PCL an increasingly sought-after safe haven destination.”

Despite the positive findings for the bottom 80% of the PCL market, the luxury end of the market has seen a discernible price correction, according to LCP’s research – a knock on effect of much more damaging increases in taxation. Properties in the 80% – 90% price bracket, which average £2.8m, have seen a significant increase in Stamp Duty, ranging from an average of £54,935 or £139,645 if the Additional Rate Stamp Duty (ARSD) is liable. This sector has seen nil price growth since the changes in legislation in 2014.

The picture is even bleaker for the top 10% of transactions in the PCL market, where prices average £6.5m. This sector was the only decile to see falling prices, which now stand 8% lower than in Q3 2014. Where ARSD is payable, average Stamp Duty here has almost doubled from £456,092 to £891,089.

“Unlike the bottom 40% of the market, where prices stand under £936,000, the luxury sector, and particularly the top 10% of the market where prices average £6.5m, has been hard hit by a series of new taxes. Our research has shown that changes to Stamp Duty has had a fundamental impact, with a 19% down turn in prices from the Q3 2014 peak to the trough in Q2 2016.

The long term outlook for the sector, however, remains compelling as a global destination with exclusive and limited stock. Whilst it may take a while for prices to fully correct as they adjust to the additional ‘buy-in’ costs, there is evidence this is already happening. Since the trough, prices have seen a recovery and now stand at 8% below the peak.”

Looking back over the longer term, all sectors of the PCL market have shown a very robust performance. Since the pre-Credit Crunch high point 10 years ago, market growth has averaged 124% to Q1 2017, with all deciles seeing doubling prices except the bottom 10% of the market where price growth stands at 92%. 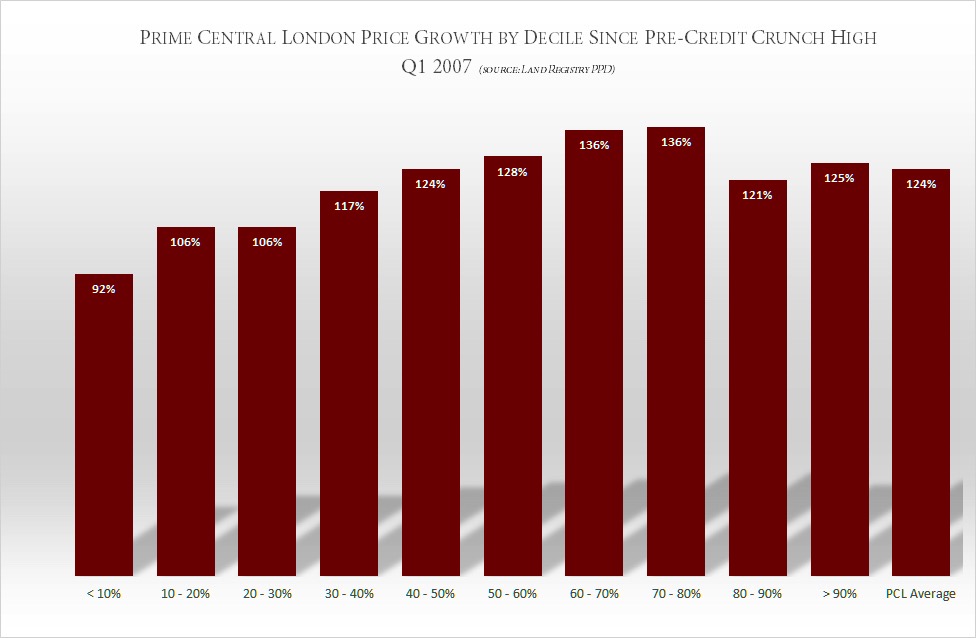 Labour argue "Vote No" for better jobs in a stronger Scotland

City level house prices up by 6.4% in first half of the year and on track to break 10% by year end