"Billionaires Row" in Barnet one of the highest payers

New figures show HMRC raised £100 million through the Annual Tax on Enveloped Dwellings (ATED) in 2013-14, with London contributing £89 million of this figure.

The Annual Tax on Enveloped Dwellings (ATED) was introduced two years ago as part of a series of measures to increase the tax take from the super-rich. It levies an annual tax charge on residential properties valued at over £2 million held within a corporate "envelope".

HMRC's figures show that 85% of nationwide receipts from the tax come from just four London boroughs. Payments adding up to £52 million mean that the owners of houses in Westminster contributed more than half of the national total, while £28 million was raised on homes in Kensington and Chelsea. Camden contributed £3 million and Barnet, location of The Bishops Avenue, where the Sultan of Brunei, the Saudi Arabian royal family and Richard Desmond all own homes, paid £2 million. 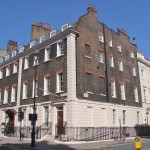 "Once again, London's wealthy expatriate population is bearing the brunt of the Treasury's innovation in taxes. Having just recently been hit by an increase in the nom-dom tax levy, foreign High Net Worths are beginning to feel targeted."

"The vast majority of tax receipts are clustered around the mansions of Westminster and Kensington and Chelsea, the traditional heartlands of foreign HNWs."

"It's crucial that the Government strikes the right balance in encouraging High Net Worths and foreign investment to the UK."

"ATED is to be extended to lower value properties, but as things stand HMRC's relatively low receipts raise the question of whether it is worth the time, resources and negative publicity that the tax brings."

The Bigger Oil Story Behind the Headlines: Interview with Michael Levi