A Christmas present for Solva from Margaret Allan

A lovely heart-warming story in the Daily Express, a real true spirit of Christmas.

After travelling the world with the Foreign Office, Margaret Allen and her husband Harry settled in the village of Solva, West Wales. They had no children so treated everyone in the village as their family and became very popular.

When Harry died in 1990 the whole village gave the devastated Margaret the support she so desperately needed and was so grateful for. 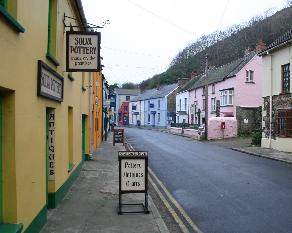 The village found out how grateful she was after she passed away aged 90. She had set aside Â£5,000 in her will to give the pensioners in the village a slap up Christmas dinner at the Warpool Court Hotel, St David’s. She also included a Â£500 gift for everyone in the village aged over 60 as long as they had lived in Solva for 20 years.

Solva is a pretty little Welsh valley village in Pembrokeshire 4 miles East of St David’s. It is based on the River Solva and boasts an equally pretty harbour.

In a year of grasping politicians and self-serving bankers it is nice to know that there is at least one community in the UK where friendship and neighbourly love is still so highly regarded. No Scrooge here! I hope that this little story is replicated in homes and communities across the nation in the coming festive season.