On January 1, 2002, Texas did something that few other states at that time had dared to try: it deregulated its energy market. For such a large market as Texas is, this was a major event in the energy industry.

Over a decade on, people are looking back on Texas' deregulation and asking whether the policy worked. Deregulation was designed to open up the energy market to more competition, thus giving consumers more choice and, presumably, cheaper options when choosing their energy provider. With hindsight, we can now assess whether the policy delivered on what it promised. Below we will look at the history of deregulation in Texas, and how it has changed the way Texans purchase and receive their energy.

A History of Deregulation

Prior to 2002, Texans didn't have much say in how their energy was delivered to them. The electricity market was controlled by just a few government regulated utility companies and co-ops. Due to a bill passed in 1999, however, that changed when, in 2002, the electricity market was opened up to private competition. After deregulation, Texans were given dozens of energy companies and a variety of electricity rates to compare and choose from. Unfortunately, deregulation coincided with a sharp increase in the cost of natural gas, which meant that many critics were able to accuse deregulation of leading to energy price increases. The truth is, however, that natural gas prices would have risen regardless of whether the energy industry was regulated or not, and it was only unlucky timing that gave the impression that gas price increases were somehow due to deregulation. Now, as gas prices are beginning to recede, the benefits of deregulation are being noticed. In fact, most Texans have switched their energy provider at least once since deregulation began, indicating that even if some were critical of deregulation, most were willing to take advantage of the choices it offered. 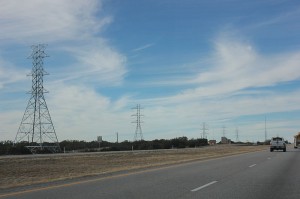 Deregulation was designed to lower costs and to give consumers more choices in how they managed their energy needs. As we've noted, because of increasing gas prices, initially Texans were paying more for their electricity bills. Now, however, gas prices are declining, and the competition in the energy market is allowing Texans to take advantage of some of the cheapest electricity in the nation. Because energy companies are constantly competing to outdo one another in order to attract new customers, Texans are enjoying ever cheaper rates on their electricity. In fact, Texas has become a leader in energy deregulation. Aside from the cheaper prices consumers are enjoying, increased competition has led to a number of other innovations. Nowadays, Texans can take advantage of prepayment plans, online energy accounts, and energy price risk management for their energy needs.

Texas took a bold step in 2002 when it chose to open up its electricity market to private competition. While deregulation hasn't always been the smoothest of rides, a decade on Texans are beginning to see the benefits that deregulation is offering them. Whether it is being able to shop around for the best deal on their energy needs, or being able to manage their energy use through prepayment plans and online accounts, Texans have been at the forefront of energy deregulation in the United States.

Laura is a small business energy consultant. She frequently writes about the electric industry on business blogs.