A global recession is possible, investors urged to take action

One of the world’s largest financial advisory organisations has today confirmed it is “remaining vigilant for its clients” about possible market corrections and urges clients to take precautions in case this happens.

The message from Nigel Green, the founder and CEO of deVere Group, which has $10bn under advice, comes after a turbulent few weeks in global financial markets.

Mr Green comments: “There appears to be increasing speculation amongst market analysts that a market downturn should be expected. They say this could possibly be triggered by the events of recent weeks including more than $3tn being wiped off China’s stock market over the past month, the Greek debt crisis reaching giddying heights, and the U.S. Federal Reserve being likely to raise interest rates this year.”

He continues: “There is growing noise regarding concerns about China’s real economy which is heavily indebted and slowing – despite the latest official economic data from China being largely better than expected.

“Similarly, whilst there has been some progress in the Greek saga and the IMF is now calling for massive debt relief, many experts opine that the measures are simply masking the more fundamental issues which will take decades to resolve. 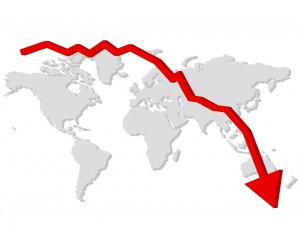 “And despite the eventual U.S. rate rise – probably taking place this year judging by Janet Yellen’s comments – already being partially priced in, analysts admit that the full impact on markets cannot be fully predicted.”

The deVere CEO concludes: “If the U.S. raised interest rates excessively and China’s growth fell further, there is no doubt the markets would plummet and the uncertainty would potentially generate a global recession. However, it remains my belief that this is unlikely to happen.

“I believe the U.S. will be cautious with any rate rises; that China, and indeed Japan, will stoke domestic demand; and that Europe could also benefit from a low Euro and, once again, achieve the growth that many EU countries desire.

“In short, whilst we remain vigilant for clients on market corrections, I expect that although the next few months may well be volatile, there is plenty of upside potential too.  The history of stock market investing proves, after all, that optimism pays.

“Investors should seek a good fund manager who will be able to help take advantage of these opportunities and secure the best stocks at the right time for their clients.

“In addition, investors need to ensure that they have a properly balanced portfolio, which is one diversified across geographical regions, assets classes and industrial sectors. A well-diversified portfolio is a vital tool to managing risk and gaining advantage, especially in times of increasing market volatility.”

Stockpile petrol seems to be the government suggestion