A Guide To Successful CFD Trading

CFD (Contracts For Difference) trading is an exciting and innovative development in the financial industry. CFD trading gives average investors the ability to speculate on a wide range of financial assets with minimal initial capital required. Below you can learn about CFD trading including some of their major benefits. You will also find out why it is critical that you keep up-to-date with key economic calendar events.

What is CFD trading?

Contracts for difference, or CFDs, are an agreement between a buyer and a seller to exchange the difference between the current value of a market and the value of that market at expiry time. CFDs are financial derivatives, which allow the trader to speculate on the movement of an underlying asset.

CFDs have a number of benefits over traditional financial instruments such as stocks and bonds. Firstly, CFDs require a relatively small amount of capital in order to trade because of the ability to leverage that investment. This magnifies both the potential gains and losses that are possible with CFDs.

Secondly, CFDs allow the trader to access to speculate on a wide range of financial assets from across the globe using a single account. Typically to trade such a wide range of financial assets would require opening accounts in multiple locations and with different brokers. CFDs can be used to speculate on assets such as commodities, specific market sectors, indices and stocks.

CFDs are also a tax advantageous way to trade. In the UK CFDs are not required to pay stamp-duty tax. But, they are charged capital gains on any profits that are made.

Why You Need Track Key Events On The Economic Calendar

In order to be successful with CFD trading you need to track key events on the financial calendar. Some examples of financial indicators that you should be following include the interest rate spread, weekly jobless claims for unemployment insurance, and the index of consumer expectations. 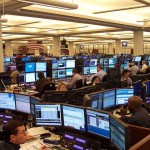 You also need to understand how these indicators can impact the CFDs that you are trading. For example, if you were trading CFDs on the S&P 500 stock index then one of the figures that you would need to look at is the non-farm payrolls jobs report which is reported monthly by the US Bureau of Labour Statistics.

This statistic is an important indication of the state of the economy and economic activity. Put simply, the higher the number of jobs that better the economic output which in turn can translate to higher corporate profits. A higher jobs report figure can mean a rise in the S&P 500.

It is important that you understand what figures you need to watch and how they will affect your trades. Economic indicators can be both procyclical and counter cyclical. Procyclical indicator is one which moves in the same direction as the economy. A counter cyclical indicator is one which moves in the opposite direction to the economy. If an indicator bears no relation to the state of the economy then it is known acyclical.

This may seem like a lot of information to track. But, one of the advantages of being a CFD Trader is that you can focus on one or a handful of financial assets and gain in information advantage through specialization. Whichever CFD you choose to focus on it is important to be constantly learning and improving your skills.

Famed trader Paul Tudor Jones once made $100 million when he executed one of the best trades of all time. This was shorting the stock market on Black Monday and netting $100 million in the process.

The key to successful trading he believed was: ‘The secret to being successful from a trading perspective is to have an indefatigable and an undying and unquenchable thirst for information and knowledge.’

Insolvencies fall but unsecured borrowing rise is storing up problems