Demanding market conditions as a result of poorer weather and tough comparatives with the week of the 2014 World Cup led to last week’s total sales (excluding fuel) being two per cent lower than last year.

The mixed weather meant that roast dinners were on the menu for many customers. Sales of lamb were up seven and a half per cent, with all lamb now available in branches seasonal Welsh lamb. Pork sales grew by 11 per cent on last year, too, while frozen yorkshire puddings and vegetables saw strong sales, each up by 17 per cent and 24 per cent. British asparagus continues to be a popular choice with shoppers, up 30 per cent on the same week in 2014.

Other products traditionally associated with cooler months did well too. Pies were up 12 per cent while soups and hot drinks increased by 17 and 13 per cent respectively. Sales of tights also grew by 16 per cent. 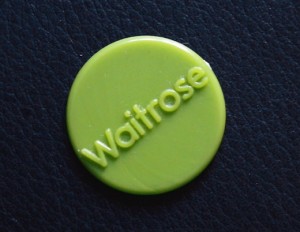 In the week that Waitrose was named UK fish counter of the year at the 2015 Marine Stewardship Council (MSC) UK Awards, sales of Waitrose MSC-certified haddock fillets, available from Waitrose’s fish counter, were up an impressive 72 per cent. Sales of frozen fish were strong, up 11 per cent on last year. Last week also saw Waitrose named Best Retailer at the Compassion in World Farming (CIWF) Retail Awards, praised for its dedication to animal welfare.

Customers were preparing for British Flowers Week, which is currently taking place. The best selling bouquet on WaitroseFlorist.com was the Rose and Sweet Pea bouquet, and in our branches sales of house plants increased by 16.2 per cent, with orchids a particular favourite.

Shoppers were also getting ready to spoil dads across the country, with Father’s Day just around the corner. Sales of Father’s Day cards were up by four per cent on last year and whisky looked set to be a popular choice of gift, with sales on WaitroseCellar.com up by 128 per cent.

How Last Week’s Mini Rally Is Reshaping My Investment Strategy