Seizing deposit holders’ funds in Cyprus as a condition for the country to secure a â‚¬10bn loan from the EU and the IMF to rescue its banks would be unjust and set a “dangerous precedent”, warns the chief executive of the world’s largest independent financial advisory firm.

The comments from the deVere Group's Nigel Green come as the Cypriot parliament is scheduled to debate a revised version of the levy on bank deposits this afternoon, with a crucial vote tonight.

Under the proposal – one which has already been revised due to a public outcry – would see all deposits of more than 100,000 euros hit with a levy of 9.9 per cent.

Mr Green says: “Such a ‘levy’ is tantamount to government sanctioned theft of savers’ funds.

“This is not taxation for the public good, which one would accept, it is a ploy to protect shareholders and bondholders.

“It’s an outrage that the EU is encouraging one of its member governments to confiscate funds from citizens’ private accounts in this way.

“Clearly, this measure will have significant, long-term economic consequences for individuals, Cyprus, and the wider EU, as it represents, arguably, the biggest disincentive to save one can imagine.”

He adds: “Should the Cypriot parliament vote in favour of the levy, it would set a dangerous precedent of ‘haircuts’ for depositors. 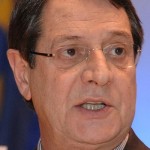 “If it goes ahead, it should be expected that other governments with struggling economies and vulnerable banking sectors would be tempted by, or forced into, similar raids on savers’ funds?

“This so-called tax poses a serious contagion risk. For example, such a move threatens to initiate potential runs on Spanish and Portuguese banks.”

The deVere Group, the expat wealth management specialists, advises anyone who has concerns about having funds in Cypriot banks, or indeed any banks, to contact their financial adviser to explore the “bona fide, effective options of how to mitigate the fall-out of the European banking crisis.”

CML Says That Gross Mortgage Lending was 'Steady' in September