A.S.O. and the Volta Ciclista a Catalunya have struck a 5-year partnership deal focusing on image production, distribution of TV rights and sponsorships.

The Volta Ciclista a Catalunya was first held in 1911 and has since grown to become a mainstay of world cycling, with names such as Merckx, Anquetil, Ocaña, Thévenet, Indurain and Quintana on the honour roll of a race whose fame attracts a star-studded field year after year.

A.S.O. has entered into a strategic partnership with the Volta Ciclista a Catalunya, a race organised and owned by Club Volta Ciclista a Catalunya Associació Esportiva and supported by the Government of Catalonia. Currently part of the WorldTour calendar, the oldest stage race in the world after the Tour de France and the Giro d'Italia was a linchpin of Spanish cycling from the beginning, but it also went on to become a key event for the international elite. During the 20th century, Eddy Merckx, Jacques Anquetil, Felice Gimondi, Bernard Thévenet, Francesco Moser and Sean Kelly carved their names on the list of winners alongside Spaniards such as Federico Bahamontes, Luis Ocaña and Miguel Indurain. Daniel Martin, Richie Porte and 2016 champion Nairo Quintana have taken home the famous green and white jersey in more recent years. 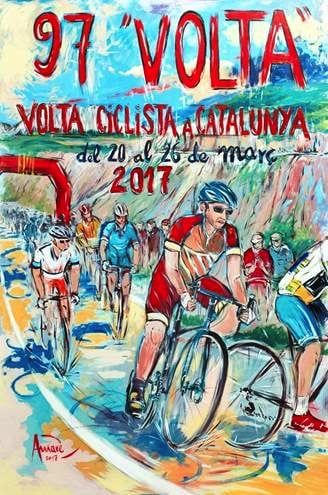 The 2017 edition, which will see riders such as Chris Froome, Alberto Contador and Alejandro Valverde go head-to-head from 20 to 26 March, is just around the corner.

Rubén Peris, the chairman of the organising club, explains the key points of the new partnership: "We will benefit straight away from A.S.O.'s expertise in areas such as image production and distribution of TV rights, which will help us bring our broadcasts up to the highest standards."

Yann Le Moenner, on the other hand, is adamant that A.S.O. "is proud to support a cycling race with such a prestigious list of winners. This partnership ensures we'll be there for the 100th edition of the Volta a Catalunya in 2020 and tackle future challenges together."

Gerard Figueras, the Secretary-General for Sport of the Government of Catalonia and one of the architects of the partnership deal, agrees: "It goes without saying that we really care about this historic event, which is part of the Catalan sports tradition. A.S.O.'s contribution opens up exciting prospects for the future, with their expertise in commercial strategy complementing the know-how of the organising teams."

Lazing on a sunny, Sunday afternoon in Abergavenny