I pushed the “go” button on China a long time ago now, and I’m certainly not set to press “stop” yet, as I continue to feel the country is one of the top growth areas for investors worldwide. My contentions are contrary to those of many other analysts in the stock market, but I’m holding onto my bullish views.

The Goldman Sachs Group, Inc. (NYSE/GS) is now telling the market that next year (2014) will not only be the “Year of the Horse” in the Chinese Zodiac, but it will also be a buying opportunity in Chinese stocks. Goldman Sachs is predicting that the Hong Kong-based Hang Seng China Enterprises Index, which is available for investment by foreign investors, will surge 19% in 2014. (Source: He, L., “Goldman Sachs sees 19% gain for Chinese stocks in Hong Kong during 2014,” MarketWatch, December 3, 2013.) The index tracks the performance of Hong Kong-listed Chinese companies.

Goldman Sachs also predicts that the Chinese economy will advance by 7.8% in 2014, while the Organization for Economic Co-operation and Development (OECD) is even more optimistic, estimating 8.2% growth next year. (Source: Organization for Economic Co-operation and Development web site, last accessed December 3, 2013.) The OECD’s optimism is based on the rise in domestic consumer spending in China (www.investmentcontrarians.com/china/), which remains a clear focus in the mandate of the Chinese government.

Of course, there will continue to be some hesitancy due to the numerous frauds found in Chinese reporting in U.S.-listed companies a few years back. However, many of these issues have already been, or are currently being, dealt with by the U.S. Securities Exchange Commission (SEC). The new and stringent requirements for listing on major U.S. indices will help to reduce fraud risk. Chinese companies that cannot meet the SEC’s requirements will be allowed to list on the over-the-counter (OTC) market. (If investing in an OTC index, be sure you practice due diligence when considering any China-based U.S.-listed stocks.) 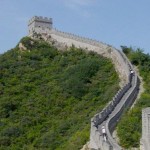 And given that only one Chinese initial public offering (IPO) listed on a U.S. exchange this year, I speculate that this is a trend that will continue, as Chinese companies prefer to list on the Hong Kong exchange.

Given this, it may make sense for investors to look at Chinese stocks listed on the Hong Kong exchange, and this is likely the reason why Goldman Sachs is so positive on the Hang Seng China Enterprises Index.

Plus, making the situation in Hong Kong even more attractive is the long line of Chinese companies looking to list in 2014. (This build-up is likely a result of China’s reforms to the listing process in light of the fraud that was occurring.) There are about 700 Chinese IPOs waiting to debut, but most are heading to Chinese exchanges. (Source: “IPOs can’t happen too soon,” China Daily, December 3, 2013.)

So how can you, an American investor, get in on the action? A U.S.-listed Chinese-focused exchange-traded fund (ETF) investors may want to take a look at is the PowerShares Golden Dragon China (NYSEArca/PGJ). This ETF tracks the NASDAQ Golden Dragon China Index and focuses on companies that derive the majority of their revenues from China.

The assets are allocated about 69% to large-cap stocks, 19% to mid-cap, and 12% to small-cap stocks. The top sector is Internet software and services with about 40% of holdings as of September 30, 2013. (Source: Invesco PowerShares web site, last accessed December 3, 2013.)

So while the positive action in China may be occurring halfway across the world, American investors can still safely get in on the action, possibly benefiting from the 700 Chinese IPOs set to list in 2014.