Tomorrow, in a speech to the Henry Jackson Society in Parliament, external MPC member Kristin Forbes will explore the similarities and differences between the US and UK Labour markets and what the implications of these may be for policy.

Kristin concludes that ‘a close look at the UK and US labour markets suggest that they are stronger and tighter than the most popular headline wage figures suggest’ and as these markets return to normality ‘momentum in wages and unit labour cost growth should accelerate in both economies’. However, Kristin adds, in the UK ‘wages and labour costs have not yet gained enough momentum to be consistent with inflation reaching our 2% target.’

Turning first to the UK labour market, Kristin notes that the current situation could be described as with Dickens’ Two Cities as both the ‘best of times’ and the ‘worst of times’. On one hand, the unemployment rate is at its lowest level in over 10 years and the employment rate is the highest on record. On the other, whole economy total pay growth has slipped from 3.3% to 2% and median household income is still 2% below its 2009/10 peak. 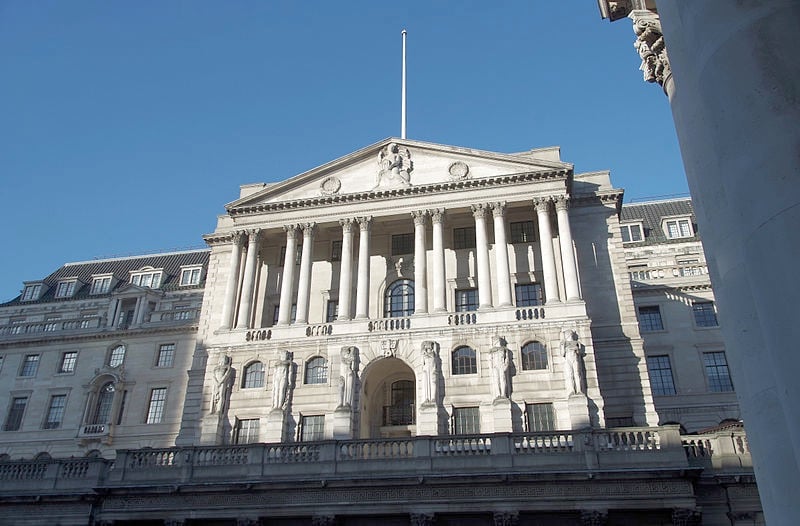 A blind comparison of the two countries shows that ‘there are striking similarities in macroeconomic and labour market developments in the UK and US.’ Both have had policy rates near zero since the crisis, low headline inflation, rapid job creation, sharp fall in unemployment, weak headline wage growth and stronger real wage growth. However, there are ‘four major differences between the UK and US labour markets: in participation, self-employment, migration, and the continuity in the labour market recovery.’

‘These four differences… are not independent and may have some important interrelationships.’ For example in the UK labour force participation has been steady at around 63.5%, while in the US it has declined to 62.6%. Both structural and cyclical factors have played a role in this alongside changes to benefits.

But the significantly higher share of self-employed in the UK, combined with the higher migration share since 2005 and higher participation rate of migrants also appear to explain some of the difference.

Although there are many other factors which need to be taken into account when setting policy ‘this detailed look at the various characteristics of the UK and US labour markets has highlighted a number of important issues for monetary policy’. The analysis shows that the UK and US labour markets do seem ‘stronger and tighter than the most popular headline wage figures suggest’, and ‘after a severe crisis and prolonged recovery, they have largely returned to normality’ suggesting momentum in wages and unit labour cost growth will soon return. But, Kristin also cautions that the economic models predicting a pickup in wages have not been working very well recently, so she would like to ‘see a bit more upward movement in these wage and cost measures to build confidence that the normal chain of tight labour markets feeding through into higher wages is still intact. In other words: trust, but verify.’

Kristin concludes that as ‘upward momentum in wages and unit costs build… it will be time for the UK to follow the example of its fellow “city” and begin the slow and gradual process of tightening monetary policy. The relatively smooth experience of “lift-off” in the US suggests that, at least in this Tale of Two Cities, there will not be a revolution.’

Welfare state dead in a generation, a quarter of British adults think

Society of Pension Consultants on Budget 2013