* Nearly three quarters have revised their spending in last 12 months

* The typical saver sets Â£144 aside each month

One in three Brits admits they are 'tight', a study has revealed.

Research commissioned by Aviva has found that millions of Brits are cutting corners financially by refusing to tip restaurant staff, only heating one room – and sneaking drinks in to pubs, it emerged yesterday.

Nearly three quarters of the 2,000 people polled said they had revised their expenditure for the better over the last 12 months amid the recent economic downturn.

But incredibly one in ten may have gone a step too far by taking clothes back they have already worn!

A mercenary 17 per cent have even refused to contribute to a colleague's birthday fund, while over a quarter make an effort to drive slowly in a bid to preserve petrol.

Tim Orton, Product Director for Aviva Pensions and Investments, who commissioned the study, said: "What this research shows us is that many people are already making smart moves to cut their monthly expenditure, and this can only be seen as a good thing, especially if they are saving or investing this 'extra' money elsewhere.

"What's really important is that people have access to the best information, through product provider and financial advisers, to make the most of this money.

"Whatever their ultimate goals, we want people to get into the habit of saving something, however small, now so that they can look after their family in the future or enjoy a comfortable retirement."

The poll also revealed that 25 per cent of people are so resourceful they re-use old cereal boxes and jam jars and one in ten even use teabags more than once.

A crafty 13 per cent of thrifty Brits have snuck a bottle of wine in to a theatre or pub rather than pay sky high prices, and one in five of us would happily scrabble on the floor if we saw a one pence coin.

More common signs of being frugal included saving wrapping paper from presents, parking further away from shops to avoid a parking charge and using coupons or vouchers.

Not surprisingly then 56 per cent of those polled said they got 'a buzz' when finding a good 'money off' deal. But 36 per cent said they were happy to be called a penny-pincher and 28 per cent are frequently called tight by their friends and family. Of those, 26 per cent found the term 'tight' insulting, but a more laidback 35 per cent said they don't take it seriously. 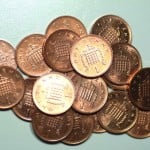 A staggering eight in ten of the 2000 adults polled felt that if people were more conscious of their spending habits and better at watching the pennies they wouldn't be in such a financial mess.

A third of adults have set up a direct debit to ensure they put something away every month, with the typical saver setting aside Â£144 each month.

Aviva's Tim Orton added: "There is a significant difference between being tight and being careful with money.

"We all want to stretch our money as far as possible of course, so it's highly advisable to keep an eye on our spending habits and make adjustments where necessary.

"But being described as tight suggests we are lacking in generosity which nobody wants to be accused of.

"Some of the things on the list are perfectly valid ways to save money. If you choose to look for good deals and money off coupons that would suggest you are savvy and not 'tight' or mean with your money."

The British Public – A Nation Of Fakers?

Predictions on the Future of the Mobile App Industry for Business

Swiss franc is hot again and Euro under pressure