A third of people fear EU referendum will hit their finances

New research from online investment services provider Willis Owen reveals that a third of people (33%) are concerned that the referendum on Britain’s membership of the European Union will have a negative impact on their finances.

With a further quarter (25%) unsure about the impact the referendum will have, the findings highlight the impact uncertainty over the outcome could have on financial activity – and the need for clarity on what will happen and when.

Willis Owen’s poll asked people how concerned they were that the EU referendum would have a negative impact on their finances. The findings suggest people could delay making major financial decisions while questions over Britain’s future remain.

“We know the EU referendum is happening at some point but uncertainty still exists on a number of fronts and that is making savers and investors nervous. The date of the vote itself still hasn’t been set, but perhaps the bigger unknown is what happens if we vote to leave. How will it affect funds and shares UK residents hold – or what they’ll have access to?”

According to Willis Owen, the further 23% who said they are currently ‘not particularly concerned’ could change their mind if the prospect of an EU exit starts looking likely. 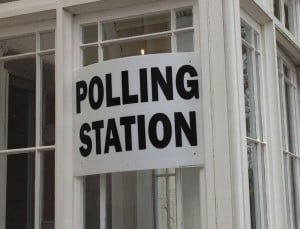 “Whether or not we vote to stay in or leave is of course for the British people to decide, and will be based on a complex web of factors. But this is early evidence that the impact of the process on personal finances could be extremely disruptive. Sensible savers and investors manage their finances with long-term goals in mind and the EU referendum is a big unknown on the horizon. Clarity sooner rather than later on when the referendum will be will give people some semblance of certainty as they plan for the next couple of years.

“It is important that the public are given the facts, on both sides of the referendum argument, clearly and without hype. This will ensure individuals vote based on more than knee jerk, fear driven reactions.”

Cameron’s veto and the misleading politicians