A report has revealed that the recession of 2008/9 could be to blame for more marriages failing as the divorce rate in England and Wales increased. 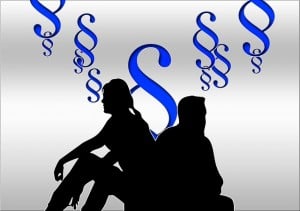 The ONS said there were approximately 13 divorces an hour, a UK divorce every 5 minutes, in 2012. Almost half occurred in the first 10 years of marriage.

One theory suggested was that the recession could have contributed to a couple divorcing as the increased financial strain took its toll, but with a delayed impact.

Lynn Durham, Partner and Head of Family Law and Mediation at Jordans Solicitors, said; “Couples try to find ways through adversity, but sometimes despite their best efforts, they can not make it through together.”

Another reason for the increase in divorce may be that couples believe that they now have the finances for a divorce as they are not feeling the strain as much as they did in 2008/9. Lynn adds; "In a healthier economy couples may feel more likely to find jobs and financial security to sustain them after they separate."

As more than two thirds of marriages are expected to end in divorce, Family Justice Minister Simon Hughes, in February 2014, called on couples to use mediation instead of battling it out in court. Lynn says; “Family mediation is a way of solving disputes and disagreements between you and your partner that may result from the breakdown of a relationship. For many couples, mediation is a preferable and more effective way of resolving disputes, such as disagreements over property, finances or children, than attempting to resolve them through the court system.”

Divorce statistics in 2012 from the ONS

• Women were granted 65% of all divorces

• One in seven splits was because of adultery

• Divorces were most likely between the fourth and eighth wedding anniversaries

The Real Cost of Business Downtime