AAT has responded to HMRC’s consultation on Direct Recovery of Debts (DRD).

The Direct Recovery of Debt consultation seeks views on proposals that would give new powers to HMRC which would allow them to directly recover debts owed from taxpayers’ bank and building society accounts.

Whilst AAT appreciates and endorses the fact that HMRC must be able to collect ‘established’ debts, it feels that the consultation does not offer appropriate safeguards.

In summary, AAT would like to see greater consideration given to: 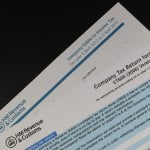 • the introduction of independent oversight

• what constitutes formal notice of an intended DRD action to a taxpayer?

• the approach to seizure of funds from joint accounts

• the need to restrict HMRC from sharing data obtained under DRD around the department for non DRD purposes.

As a result, AAT is firmly of the opinion that HMRC should consult further. In particular AAT would like to see the responses received in respect of this iteration used as the basis for another stage of consultation.

“Direct recovery of debt from an individual’s bank account was always going to be an emotive issue. This is why we would advise HMRC to take the time to consult on this matter in order to take on board all relevant views.

AAT feels unable to support the current proposals on the basis that the current consultation lacks sufficient depth, inadequate safeguards and in particular lacks the integral feature of independent oversight and accountability.

This is why we are asking HMRC to issue a second consultation document taking these points into account. We will then work with them to see if we can effect a more appropriate outcome.”