Abe’s administration brought optimism to Japan in 2013, and the Japan and Japanese Smaller Companies sectors have dominated the investment company industry performance tables over the last twelve months.

Whilst the average investment company is up 15% over one year to 31 December 2013, the Japan sector is up 46% and the Japanese Smaller Companies sector up 34% over the same period. Three year figures are positive too, with the Japan and Japanese Smaller Companies sectors each outperforming the average investment company by 21 and 23 percentage points respectively.

‘Abenomics is on track’

“‘Abenomics’ is a wide ranging programme to revitalise the Japanese economy and raise its growth rate in the long term, as well as provide short-term stimulus. During the past year the yen has weakened significantly, allowing Japanese manufacturing to be re-priced into world markets, company sentiment has improved tremendously and there are encouraging signs that growth is spreading into the broad domestic economy.”

“The outlook for 2014 remains good. While many commentators question the sustainability of the uplift from Abenomics, with doubts centred on the ‘third arrow’ of structural reform, we feel these doubts are overplayed. In fact there is significant structural reform already in play. One development that we have already seen has been the decision by Japan to enter negotiations to join the Trans-Pacific Partnership free trade area. We believe this is a very significant personal achievement of Prime Minister Abe, who has overcome objections from farmers and other protectionist groups that had prevented his predecessors from entering free trade negotiations.”

“Notably, the consumption tax hike is a crucial step towards fiscal consolidation – raising the national sales tax from 5% to 8% will help address the nation’s ballooning public debt. One worry in the short-term is that discretionary spending will fall after the tax has been implemented, although the government is hoping to cushion the short-term impact with a ¥5.5 trillion stimulus package. But, if Abe succeeds in boosting growth, consumers will likely increase their spending when the economy is doing well. Pertaining to the market, valuations are still looking reasonably attractive. Corporate profitability, particularly among exporters, has been boosted, thanks to yen weakness. In particular, consensus forecasts for corporate earnings growth for 2014 are at 20%, among the strongest in the region."

A boost in growth?

“The jury is out on whether Abe will succeed in completely pushing through structural reforms to create sustained growth – ensuring the full implementation of the reforms remains an uphill task in the face of vested interests. However, Japan is home to numerous great companies, many of which are global leaders in their respective industries, and have shown remarkable adaptability through years of stagnation.”

“In terms of where to invest, we favour companies that are geared to take advantage of economic recovery and demographic change, rather than the monolithic household names such as Sony or Canon, which have lost out to cheaper overseas competitors and are now in many cases market leaders in products that nobody wants.

“Finding the companies that will do well is best achieved through an on-the-ground presence, as sell-side analyst coverage of Japanese companies is poor, particularly for smaller companies. We are able to conduct hundreds of company meetings each year from our permanent base in Tokyo, allowing us to find opportunities that may be missed by overseas-based fund managers.”

“There are many changes, both in the economy and in less visible subtle sea-changes in attitudes, which we believe are encouraging. It is not that ‘old’ Japan has vanished but it is smaller and less important and can be ignored, particularly by active investors such as ourselves. We continue to find exciting opportunities in internet related areas and in companies whose business model attacks the old and inefficient.” 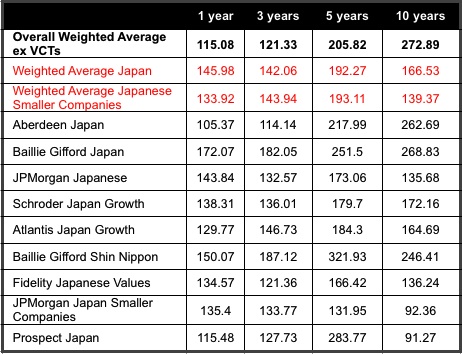 Accelerate and Pitch your entrepreneurial idea through the Reload Greece Challenge