People who regularly drink alcohol should have at least two alcohol free days a week to allow the body time to recover says the Commons Science and Technology Committee.

The Committee’s eleventh report ‘Alcohol Guidelines’ questions the previous approach to consumption guidance purely being based on a daily limit on the intake of ‘units’ of alcohol.

It referred to some scientific evidence from the 1990s that pointed to alcohol having a beneficial effect on those suffering from coronary heart disease that seemed to have contributed to the view that daily consumption was a good thing.

This, says the report, made it appear as if daily consumption was an acceptable practice on health grounds for everyone.

The report’s summary also said that there was little evidence that the current guidelines were having any effect despite the widespread public awareness of them. 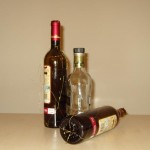 “There are sufficient concerns about the current drinking guidelines to suggest that a thorough review of the evidence concerning alcohol and health risks is due”. Says the report.

But what the report does do is to effectively recommend a lower overall intake of alcohol. The report says “…the evidence suggests that (i) in the context of the current daily guidelines, the public should be advised to take at least two alcohol-free days a week; and (ii) the sensible drinking limits should not be increased.” Which means of course that, instead of taking the daily maximum unit intake and multiplying it by seven for a weekly limit, you now multiply it by five. That will overall of course reduce regular drinkers’ recommended weekly intake by two sevenths.

The concerns here are giving people long term guidance on their drinking coupled with covering the short term concerns of excessive consumption for say one day a week. i.e. spreading the drinking out over the week with a couple of breaks is safer than drinking the whole lot on a Saturday night with no drinking on other days.

But which two days? should they be consecutive? Or spaced out (between those days when you are …. erm … spaced out on alcohol)? And what about birthdays and the Christmas party etc? Could we not also have guidance on those one or two heavy days in the year?

Or maybe the state should just butt out and leave it to the individual.