The European Court of Human Rights has ruled that the hate preacher, Abu Hamza, can be extradited to the USA to face trial.

The hook-handed Hamza who was jailed for seven years in the UK in 2006 for preaching hate and inciting murder at the North London Finsbury Park Mosque (now the mainstream Muslim reclaimed North London Central Mosque) is also wanted in the US to answer 11 charges ranging from taking hostages in Yemen to attempting to set up a terror training camp on US soil.

The government had been bracing itself for another legal setback, which would have put them in the uncomfortable position of having to keep Abu Hamza here and upsetting the Americans who desperately want him over there.

But sense seems to have prevailed and the ECHR has ruled in our (and the US) favour so we can be rid of him and he can face justice. The court has said that no human rights would be violated if Hamza ended up in a US ‘supermax’ prison and that Hamza would anyway be transferred to a less secure unit because of his disabilities. "…detention conditions and length of sentences of five alleged terrorists would not amount to ill-treatment if they were extradited to the USA". Said the court.

The US will however have to wait a while yet. The ruling is not immediately binding, the UK will have to wait for three further months to see if Hamza can mount some sort of further appeal before it can place the hate preacher in a plane 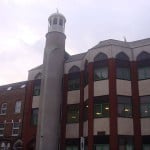 seat set for the USA. "…the court decided to continue its indication to the United Kingdom Government that the applicants should not be extradited until this judgment became final or until the case was referred to the Grand Chamber.” The judges said.

If his extradition goes ahead as planned he will not be going alone. Apart from the US Marshalls who will presumably be accompanying him there will be four other terrorist suspects including Babar Ahmad who is the longest ever ‘detained-without-charge’. A further suspect has had their ruling delayed due to mental health issues having schizophrenia.

Image by Lemur12 (Own work) [CC-BY-SA-3.0 (www.creativecommons.org/licenses/by-sa/3.0) or GFDL (www.gnu.org/copyleft/fdl.html)], via Wikimedia Commons