After what seems to be a complete muck-up in the Home Office, the extremist Muslim cleric, Abu Qatada could soon be walking free along British streets once more.

The Home Secretary, Theresa May, is being held responsible for increasing possibility that she and her officials got the deadline for Qatada’s deportation wrong by one day.

The whole saga hinges on when the 3 month clock started ticking for Qatada; the day the European Court made its decision to allow him to be deported back to Jordan, or the day after. Theresa May says the former, Qatada’s lawyers of course claim the latter.

This led to Qatada (real name Omar Othman – and once dubbed as Osama Bin Laden’s right hand man) possibly being arrested for deportation a day before he should have been. This would be unlawful if the Home Office is wrong and Qatada could sue the government.

The British Judge at the centre of the case has indicated that if deportation for Qatada does not look imminent that he would have to consider letting him out on bail.

Theresa May is still fighting her corner and will ‘resist vigorously’ any bail application she said.

How can a whole government department have got this so wrong? Surely waiting 24 hours, something that the Home Secretary won’t say whether she was advised to do or not, would have been the safe option? What was the rush after all the time and money it has taken to get this far? 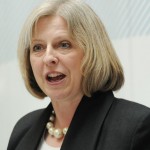 And while this goes on the Justice Secretary, Ken Clarke, is in Brighton trying to reform the European Court of Human Rights to stop cases like Qatada’s going there in the first place. What a great way to prove that we in the UK should be handling our own legal affairs.

Isn’t it great that we have all these courts, judges and lawyers but no-one actually knows with any real certainty when a judgment is enforceable?

The Reload Greece Challenge shaped a new perspective on entrepreneurship