Following on from yesterday's story [1] about Sunder the elephant being rescued from torment, is the heartwarming finale that he has reached his sanctuary where he can safely roam and bathe whist socialising with other elephants.Early this morning, after a nearly 24-hour drive, sometimes chased by threatening men on motorcycles, young elephant Sunder reached a 49.5-hectare forested elephant-care centre at Bannerghatta Biological Park, as per an order of India's Supreme Court. After he has adjusted to his new situation and his serious leg wounds caused by his former chains have healed, Sunder will be able to roam the grounds freely. Sunder's rescue comes after two year of campaigning by People for the Ethical Treatment of Animals (PETA) India and its international affiliates – along with the support of caring celebrities such as Paul McCartney and Pamela Anderson.

Here is the very first photograph of Sunder in his new home courtesy of PETA.org.uk. 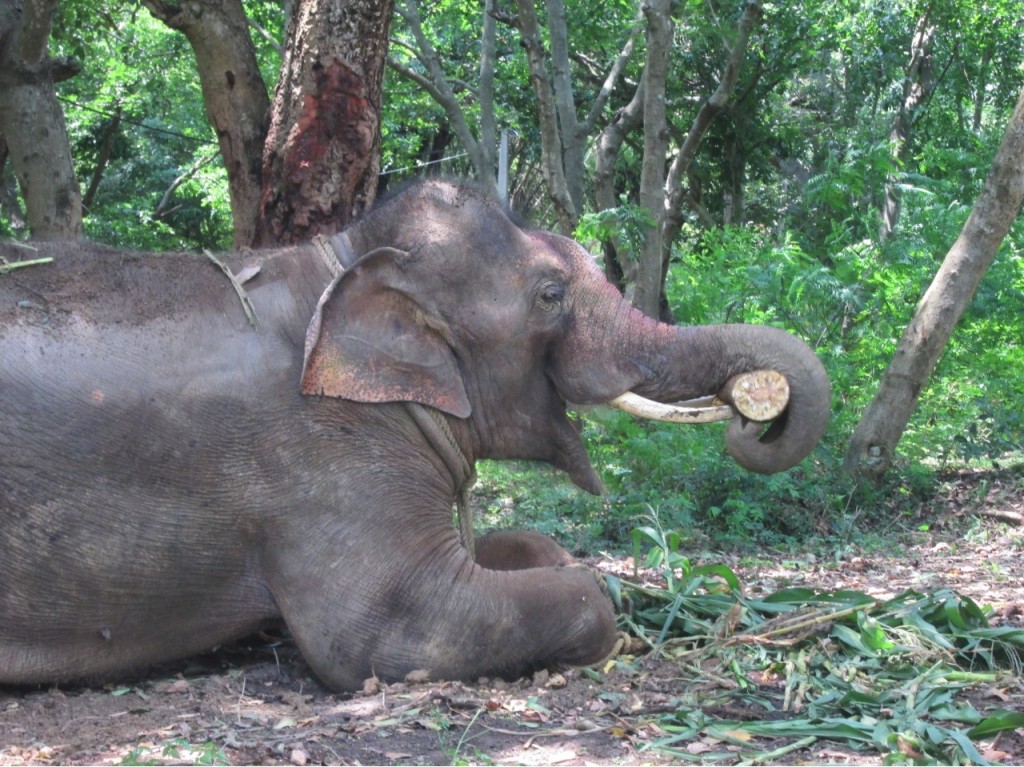 "We are ecstatic that despite the countless obstacles thrown in his path over the last two years, this abused young elephant is now at a safe refuge", says PETA UK Associate Director Mimi Bekhechi. "Until now, Sunder has known only cruelty, misery and neglect. We are so grateful to his many well-wishers around the world who helped campaign for his rescue."

The Jyotiba temple received Sunder as a gift in 2007, but after many instances of cruelty, including the use of spiked chains and beatings, came to light, the Indian Ministry of Environment & Forests issued an order on 9 November 2012 for Sunder's rescue. In an attempt to thwart the order, Sunder was hidden in an old poultry shed, where he continued to be beaten and was so heavily chained that he sustained a serious leg injury.