ACCA (the Association of Chartered Certified Accountants) has said that Government tax abuse plans are unnecessary and will not result in the tax windfall it hopes for.

In written and oral evidence to the House of Lords Economic Affairs Committee on plans to introduce a General Anti-Abuse Rule (GAAR) later this year, ACCA said existing tax laws already caught genuinely abusive behaviour and that the introduction of yet more rules would only create uncertainty for businesses and individuals who have to tussle with an already complex tax regime.

ACCA said that in many instances what has been labelled “tax avoidance” was in fact within the perimeters of tax law and that the introduction of GAAR would not capture those instances.

Chas Roy-Chowdhury, head of tax at ACCA, who had given evidence to the House of Lords Economic Affairs Committee on the issue, said: “We don’t need GAAR as there is already considerable legislation in place to capture genuine tax abuse. If the Government feels businesses are not paying enough tax, anti-abuse measures are not the way to go about rectifying that. A fundamental review of the tax system is needed.

“While larger businesses will be able to ensure compliance to GAAR with ease, it will create uncertainty for the many small businesses and individuals who will have sleepless nights wondering whether the perfectly legitimate financial planning they have used is considered abusive under the rules, when the aim of that planning is to create reinvestment, jobs and export opportunities for their enterprise.

“There is also the danger of mission creep where even those who self-assess become exposed to GAAR, which is not why the rules were created.” 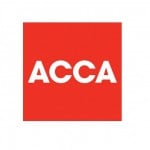 ACCA said that while the motivation of anti-tax abuse was welcomed, the risk was that the “pendulum would go too far the other way” and make the UK unappealing to investment and unfriendly to small businesses.

Chas Roy-Chowdhury added: “While it is important to have an anti-tax abuse regime that is visible and acts as a deterrent, it should not act as a deterrent to investment and the entrepreneurial spirit which the Government is looking to nurture in the UK. Other countries, such as India, have put GAAR plans on hold for several years to tackle those concerns.

“If the plans go-ahead ACCA would urge that they are phased in on a tax-by-tax basis to reduce confusion and uncertainty and to identify any problems the new rules have.”