Gillian Fawcett, ACCA (the Association of Chartered Certified Accountants) head of public sector, said: “There is a ticking time bomb of public sector cuts that have yet to be implemented from when they were announced in 2010. The full impact of the austerity measures have yet to be felt by households in Britain.

"However, the cuts of Â£11.5billion announced today in the Spending Review for 2015-16, in addition to those from 2010, will be felt with full force when they are eventually implemented. The protection of critical front-line services can no longer be guaranteed. No one knows yet what the impact the cuts will be and yet Chancellor’s scythe keeps slicing away.

“A welcome move was the pooling of health and social care budgets to protect the most vulnerable in society. This provides local government with more flexibility in determining effective local service provision.

“While the increase in capital spending looks good on paper and is certainly welcome, when taken along with the wide-spread cuts to the running costs of government departments and local government, the extra money is little more than shuffling the deckchairs around.”

Gillian Fawcett, ACCA head of public sector, said: “While the cap on the annually managed expenditure (AME), which totals Â£350 billion, almost half of all government expenditure, goes some way in getting a grip on this out of control element of public expenditure, that grip is loose. It is a short-term approach to tackling welfare spending, which forms a large chunk of AME expenditure. A cap is a quick and easy fix. There needs to be a more structural look at the AME budget – a review of the drivers behind each expenditure within the AME’s welfare expenditure.

"The Chancellor had a golden opportunity to once and for all take a radical approach, possibly by devolving parts of AME and gaining a thorough understanding of the drivers behind AME so as to get a firm handle on what amounts to, at Â£350 billion, almost half of all government expenditure. He made the first tentative steps towards tightening the purse strings on AME, but much more needs to be done if we are to see more and more of that part of public finance becoming more accountable.” 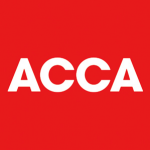 “It is encouraging to see, however, the Chancellor make the right noises when it comes to managing this unaccountable and expensive part of the public purse. It is also a positive step that the Office of Budget Responsibility will have a role to play in warning that the Government was in danger of overspending.”

Gillian Fawcett, ACCA head of public sector, said: “It seems unusual and illogical to makes cuts in the Treasury where financial leadership is needed most. Managing public expenditure needs more, not less expertise. While setting an example might seem like the right gesture, government needs stronger financial leadership at a time of on-going cuts and greater financial management.”