Access to the internet is a right says Court of Appeal

The Court of Appeal has overturned an earlier ruling that prevented a voyeur from gaining access to the internet for the rest of his life.

In June 55 year-old Michael Jackson had been sentenced to a three year community order with supervision, reports the Telegraph, as well as a lifetime SOPO (sexual offences prevention order) stopping him from owning a computer, coming in to contact with children at work, using a camera in public as well as permitting the police to raid his home at will. He was given the sentence for setting up a hidden camera to watch a young girl shower.

The two Court of Appeal judges, Mr Justice Collins and Judge Nicholas Cooke QC, overturned the SOPO saying that he should make his internet browsing history available to the police. Mr Justice Collins said that “Nowadays it is entirely unreasonable to ban anybody from accessing the internet in their home.” This is being interpreted as internet access effectively being a human right.

This of course opens up all sorts of questions.

Does this mean unfettered and uncensored access [1]? Or is a mere connection to a part of the web sufficient? Could people such as Mr Jackson be forced to use a special government provided monitored internet service? 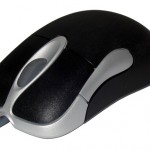 Will this prevent telecommunications companies from cutting off internet access to non-paying customers?

It also does not cover the use of the internet outside of the home. So, although those organising civil disobedience through social media such as Facebook and Twitter for example will be able to do so from home, once outside they could have their access quite legally cut off by the police in order to disrupt their co-ordination.

Also, does your home cover your second property? Are you covered when you visit family and friends? Does ‘the home’ also include prisons?

These may seem like trivial questions today, but I would expect them to make a lot of lawyers a lot of money in the years to come.

Green Party: We need to talk about arms sales