While goodwill is an asset, it's not accounted for in the usual way. For example, it's not amortized or depreciated like other assets on the books. Instead, it's periodically tested, using a goodwill impairment assessment, to ensure that the asset is appreciating or the account balance isn't being overstated.

Since goodwill impairment is performed on a "reporting unit" basis, each unit must be taken into account when doing the analysis and testing. So, let's say you own a corporation – an ice cream company. You want to expand your operation, so you buy other ice cream operations in your community, then your state, and finally regionally and nationally. You believe your company will benefit from the centralized management. You're even considering turning the whole thing into a franchise.

Each company you take over and assume control over is called a "reporting unit."

The estimate of each reporting unit's value can be prepared using historical data and some comparable transactions in the marketplace. So, continuing the example, let's say you're trying to assess the real value of your ice cream acquisition out in California, and you live in New York. You wouldn't want to use comparables in New York, especially in the dead of February. You'd want to know what ice cream shops of similar size make in California.

Comparing The Market Value To The Carrying Value 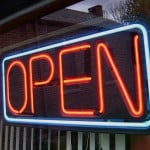 To figure out why your ice cream shop isn't worth as much as it should be, you do some investigating.

Estimating The FMV Of The Reporting Unit's Assets

There's a $250,000 discrepancy between what you paid and what it's worth. Is someone cooking the books? That's going to be bad – especially for an ice cream business. Add up all of the estimated market values for all of the equipment, and other assets of the business. Imagine that one of the commercial freezers being used to chill your ice cream has a value that's overstated by $50,000. You're still $200,000 short – in other words, your market value is still less than the price you paid for the operation – the carrying value. So, that amount must be subtracted from the goodwill account. That's a major hit, and things aren't looking too good for your ice cream business.

In this example, the goodwill impairment is $200,000. When you record it, your California operation should debit a Loss on Goodwill Impairment in the amount of $200,000, and credit Goodwill for $200,000. Now you have a choice – acquire new business to right your ship, or consider getting out of the ice cream business. You can't keep sustaining losses like this.

By Jeremy S, who has numbers flowing through his veins. He especially enjoys breaking down the complicated financial concepts for the everyday businessperson to understand.

Back to school relieves parents of financial strain

Small-Caps with the Biggest Dividends

Property buyers head to Spain as the pound rides high