The rising price of commodities may lead to record food prices in 2013, which may last for a sustained period.

This agricultural inflation or ‘agflation’ caused by failing crops worldwide will affect feed intensive crops, which will have a serious knock on effect on the animal protein and dairy industries says a recent report from Rabobank.

The worst drought in the US since 1936 and water shortages in Russia and South America are all taking their toll says Rabobank.

Because this will not affect staple grains such as rice and wheat too much it is thought that the impact will not be as great in lesser developed countries so the food riots as seen in 2008 should be avoided.

But this will have an effect on areas like the US and Europe where more reliance is placed on protein foods in the diet. We should expect increases in the price of meat and dairy produce. But these countries do have the capacity to soak these higher prices up.

It will also bring to a temporarily halt the move in the poorest areas of the world towards a more protein rich diet.

Rabobank estimates that the Food and Agricultural Organisation (FAO) Food Price Index will increase by 15% by the middle of 2013.

This will be exacerbated by the fact that global food stocks were not replenished after the 2008 shortages. This left most countries without any sort of buffer for the next shortage so any move to stock up by governments now would just increase the demand so pushing prices up higher.

There are also long production cycles in animal protein based foods, especially cattle, so the effects of grain shortages can have long term repercussions leading to longer periods of higher prices.

Such price movements will also attract the interest of food price speculators, which can only help to feed more upward pressure into the pricing structure.

Then there is the use of some agricultural produce as an alternative energy source as in bio-fuels, this could well push fuel prices up as well. 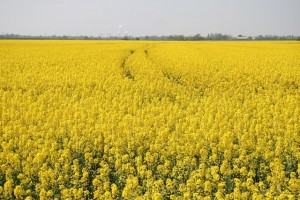