A breakdown of UK agriculture

Following the country’s decision to exit the EU, the state of agriculture in the UK is perhaps more important now than ever before. Thanks to the release of several key reports, we can now truly analyse the UK’s current agriculture scene — from livestock and production, to net worth and holding types.

These reports are exhaustive. To help cut the excess and make sense of the findings, agricultural insurance provider, Lycetts, has highlighted the main points you need to know right here. 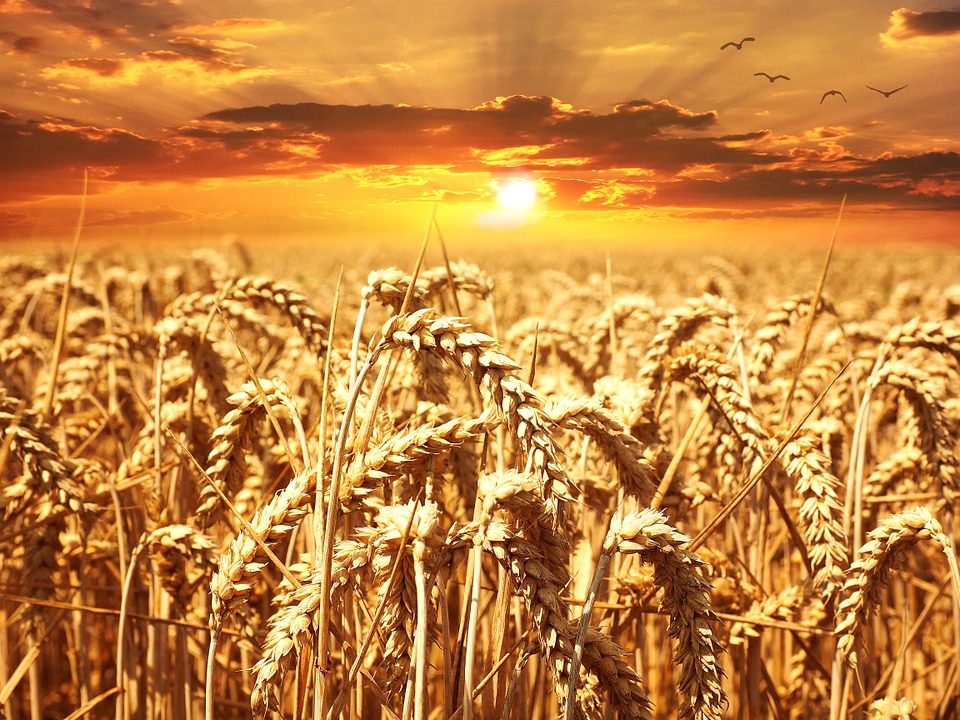 Agricultural land use in the UK today

Data shows that the total area used for agricultural purposes appears to have changed in the UK over the past year, increasing by 234,000 hectares to 18,662,000 hectares in 2016. Of this:

The spread and state of livestock

Here, we’ve compared the distribution of livestock in 2016 and 2015 for the entire UK: (click on the graphs to enlarge them.) 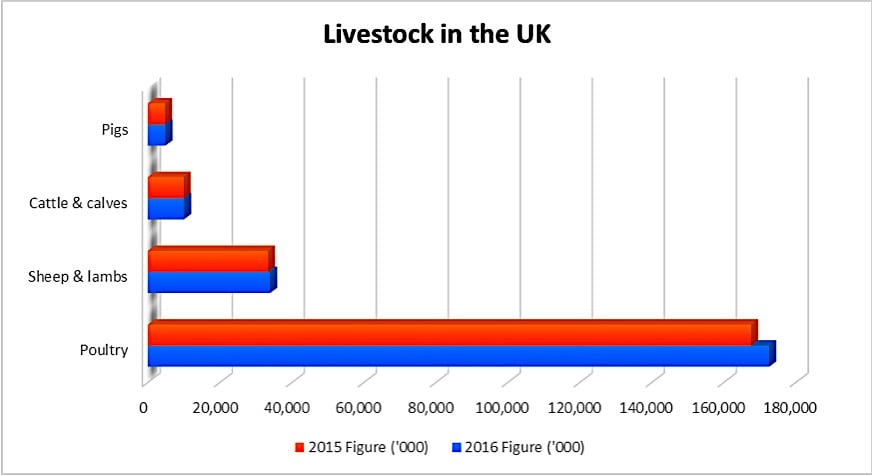 Similarly, this is the spread of livestock across Wales (comparing 2016 and 2015): 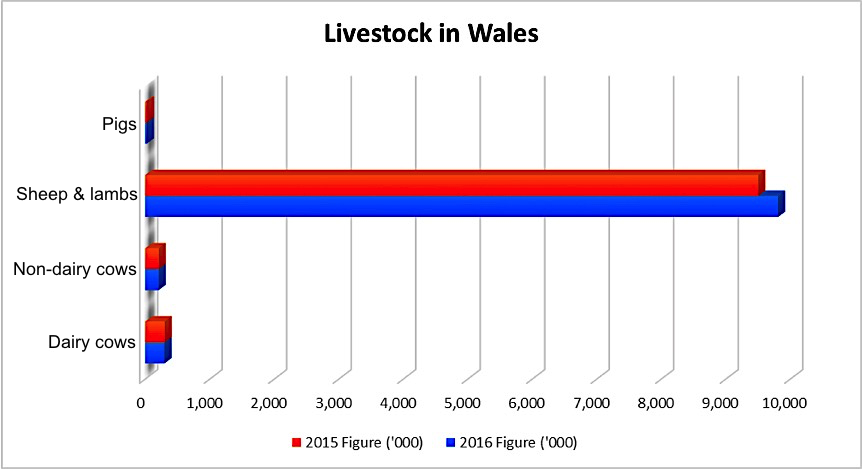 And finally, shown below is how the livestock spread currently stands in Scotland (2016 and 2015): 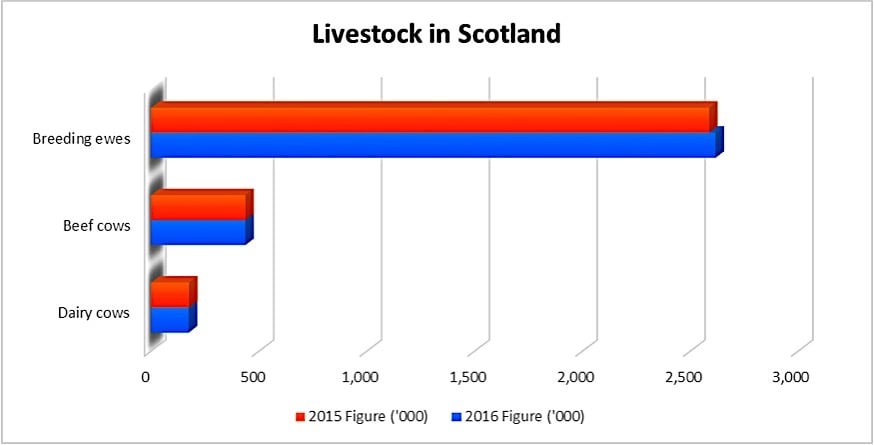 For comparison, we’ve also included a graph to show how livestock was spread between LFA and non-LFA sources in Scotland during 2016:

N.B: Some holdings had both LFA and non-LFA land. However, holdings were assigned based on their share size, and then all that holding’s livestock was included in the category afterwards.

Positively, we can see increases across all livestock varieties in 2016, which shows excellent growth for the UK’s agricultural industry.

Crop regions in the UK 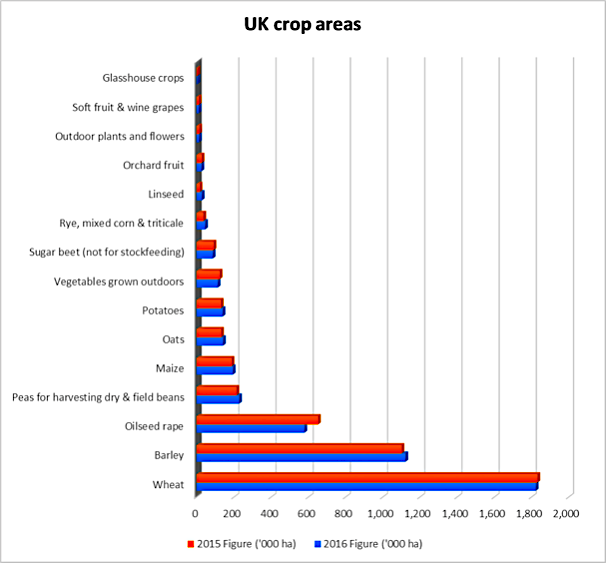 Wheat clearly takes up the greatest amount of space across the UK at 1,823,000 hectares, with barley ranking distantly at number two with a total area of 1,122,000 hectares. Although wheat is way out in front in comparison to other crops, it lost 9,000 hectares in 2016, compared to 2015.

Interestingly, oilseed rape has experienced the biggest decrease in area size year-on-year, dropping from 652,000 in 2015 to 579,000 hectares in the following year. Looking to the future, linseed production promises to increase if you base your estimate on these results, with an area size that has increased from 15,000 hectares in 2015 to a huge 27,000 in 2016.

Holdings in each UK country

The below charts detail holdings in England, Wales, Scotland, and Northern Ireland as of June 2016: 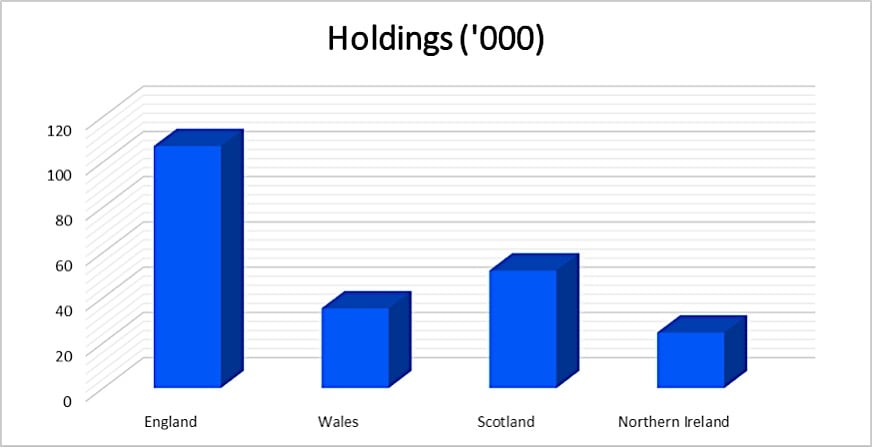 Here is how farms differed across Wales in 2016: 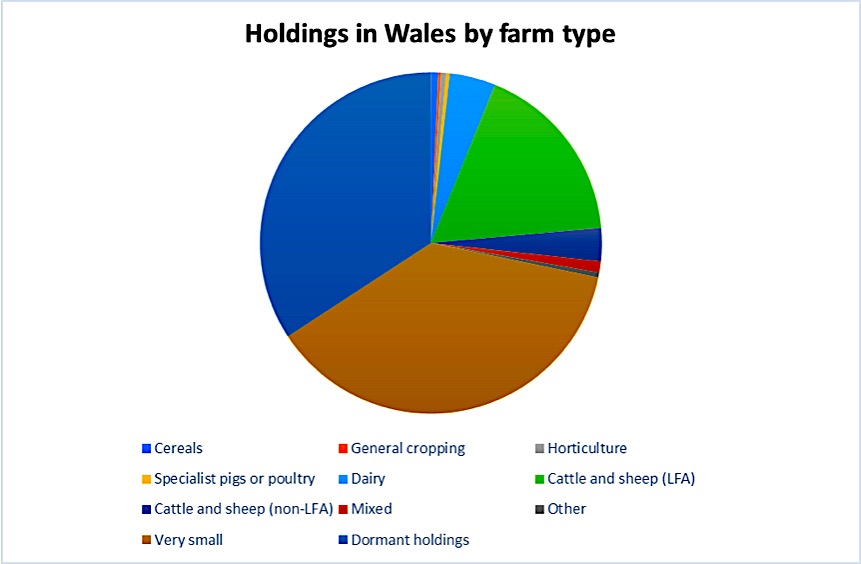 And here is a pie chart showing how farm holdings diverged across Scotland in 2016: 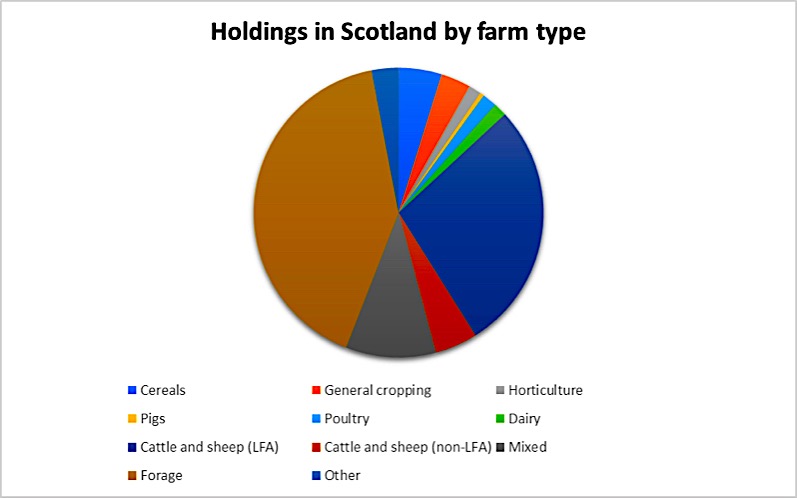 Analysing the above data, we can determine that many of Wales’ holdings are very small, dormant or containing non-LFA cattle and sheep. Meanwhile, forage and LFA cattle/sheep holdings are the dominant type out of the 51,900 holdings in Scotland.

Overall, it’s clear that England has the highest number of holdings in the UK. In fact, it’s total area is nearly more than the other three UK countries combined (106,900 for England compared to 51,900 in Scotland, 35,200 in Wales and 24,500 in Northern Ireland).

It’s apparent that there are many positive factors to come out of these reports. Not only is the total area of agricultural land use throughout the nation up from 18,428,000 in 2015 to 18,662,000 in 2016, but the number of livestock seen across the UK has also increased year-on-year.

Divorcing from the EU is predicted to have ramifications across all sectors of the UK and we may now be in a ‘watch this space’ scenario with regards to how UK agriculture copes and adjusts.

How to Profit from the Weakening Housing Market

10 reasons you must take time out in your business